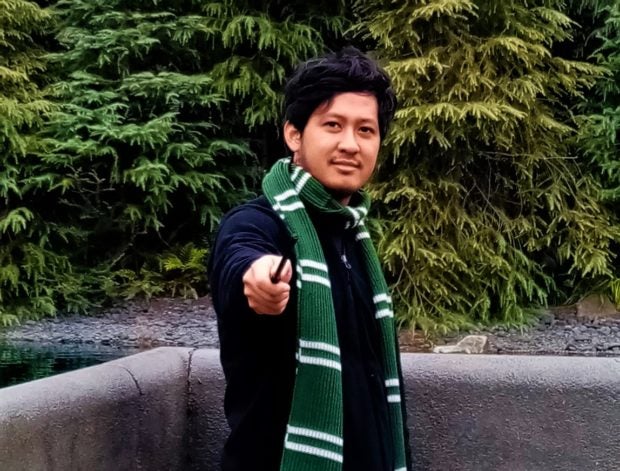 After earning the title of being the country’s first homegrown gravitational physicist, Dr. Reginald Christian Bernardo made headlines in recent months, and only rightfully so.

Despite this newfound fame, the scientist wants to emphasize to fellow Filipinos that there have been several other Filipino gravitational physicists before him, albeit not being “homegrown.”

He points out that the era of gravitational physics in the Philippines started way back in 1970 when Dr. Roger Posadas obtained his Ph.D. under the supervision of renowned theoretical physicist Ezra Newman from the University of Pittsburgh in the United States.

Noting that while the 1970s is not only the era that is “darkest in Philippine history,” it is also the time when the most respectable physics programs in the country were “only at their infancy.”

Following Posadas, it took around two decades for the country to have another expert on the field, and he came in the form of Dr. Jerrold Garcia, who obtained his Ph.D. in 1988 from the University of Syracuse, again in the U.S.

It took around two decades yet again before Dr. Ian Vega (2008) and Dr. Reina Reyes (2011) got their doctorates from the University of Florida and Princeton University, respectively.

On why there was a decades-long interval before the country was able to produce a homegrown gravitational physicist, Bernardo stresses that it is due to the government’s lack of support for the theoretical fields (including string theory, black hole physics and cosmology), not because Filipinos are not good enough for the global stage.

“To get to this point of producing homegrown Ph.D. candidates required the homecoming and unwavering dedication of Ian (Dr. Vega) to finally establish a competitive gravitational physics research center in the Philippines,” he explained to INQUIRER.net’s Take 10.

“The situation is better for students today because of the DOST scholarship for MS and Ph.D. students but still it must be mentioned that the existing support in the field is still not even enough to hire full-time research positions locally,” he added.

Bernardo noted that because of this lack of support, graduates of theoretical sciences are often only left with two choices: “(1) compromise research with teaching and admin and other pro bono duties as if scientists have no life and family at all outside of their jobs; or (2) go abroad.”

While striving to be a scientist may generally seem like an extremely daunting task to undertake – and it is indeed no walk in the park – Bernardo believes that Filipinos are just as good as anyone out there. We really just need the proper support of the government.

What moment in your journey to becoming the country’s first homegrown gravitational physicist are you most proud of?

This moment was right at the start of all this. I just joined the research group of Ian in January 2018, and after about three months of work in April of this time then I realized that I had been spending my time developing solutions and inventing theorems based on the wrong equations. I had to scrap hundreds of pages of calculations and work again from the beginning, but most importantly I had to tell Ian about this terrible blunder. I remember it was a difficult time, but I had gone on to admit [this to Ian] in order to make any progress after. I was proud of myself for doing so and I felt this moment defined a trajectory for me. I have been more careful with my calculations after this and really learned to deal with the subtleties of the celestial field I am working with.

What was the hardest part of studying to become a scientist?

I think this was again right at the start when a student imagines that she is so far behind this field and that there are thousands of more capable researchers out there working on the same thing. But this is just impostor syndrome. It all becomes easier when a student gets past this and realizes that research progress neither requires the impossible task of reading all of the existing body of work nor demands completing all prior problems in order to get to the next chapter. Grit and perseverance are very important. Personal growth is more rewarding than competition.

If you weren’t a scientist, what do you think you would be?

To be honest I have no idea. But I’d probably try vlogging about something since it pays a lot if successful.

If you could be granted funding for a national project that applies the science of gravitational physics, what project would you do?

I really like the idea of NASA’s GRACE mission to use the anomalies in the earth’s gravitational field in order to track the loss of ice mass and understand sea level changes. Supposing there is funding, I would go for a version of this project that instead is focused on monitoring what is also happening beneath the earth’s crust and perhaps even the core. I admittedly-naively think this might lead to a better understanding of earthquakes, tsunamis, volcanic eruptions, and the earth’s magnetic field. This is at least worth [considering] because gravity probes better the densest regions of an object. There might already be projects like this so there will be a blueprint, but we can tailor it for the needs of the Filipino. This requires establishing a large assembly of local scientists and engineers and might take more than a decade to fruition. But in a country like ours it is a real scientific project worth spending a lot.

In what areas is government support lacking for the scientific community and its projects?

There is discouraging support for those of us working in mostly theoretical fields. Grants are almost always customized for the applied sciences as if this very-third-world policy expects science to just magically conjure an output in a year or less. Both theoretical and experimental fields are real science and take a lot of time and patience to get a result. The policies must be aligned to cater to the needs of both theorists and experimentalists.

I have also already mentioned the lack of jobs. Suppose I get a degree in high energy theory or astrophysics, where am I going to work here? The only viable option now is to spend some 15 units every week teaching plus admin and pro bono duties in a university instead of doing quality full-time research. There are no postdoc positions available in the country or any full-time research positions for scientists working in theoretical fields. Should I just shift to applied sciences only to be discouraged again by the terribly bureaucratic procurement process to get bare minimum quality scientific equipment? Is general relativity and quantum mechanics not science worth funding?

I’m sure that there is money that can better be spent on hiring theoretical physicists full time than on some other pretentious scientific projects. We are as smart as anyone else out there, and absolutely capable of competing [on] the global scientific stage if support is provided.

Among all your science teachers, from whom did you learn what you consider to be a most important lesson?

I would single-out Sir Perry, my bachelor’s and master’s program adviser, who taught me about the importance of conviction in one’s work. There is no point spending time on something you do not think is real.

Do you think the Philippines needs more scientists?

Definitely. We are so below the quota of the number of scientists per region to even be considered a respectable scientific country. We are at a time when the Filipino will almost always listen to anyone with a large number of followers shouting nonsense and conspiracy theories on the internet and disregard the expert who spent more than 10 years of his life on building a respectable scientific career. We need more scientists to become figures the Filipino can look up to for genuine supervision.

How could governments support the sciences to avoid the next pandemic?

The government should put scientists at the decision-making front lines when the problem such as a pandemic is scientific in nature. Otherwise, the next pandemic is always just one bad decision away.

I spend a lot of time playing chess and watching movies, TV series and anime. 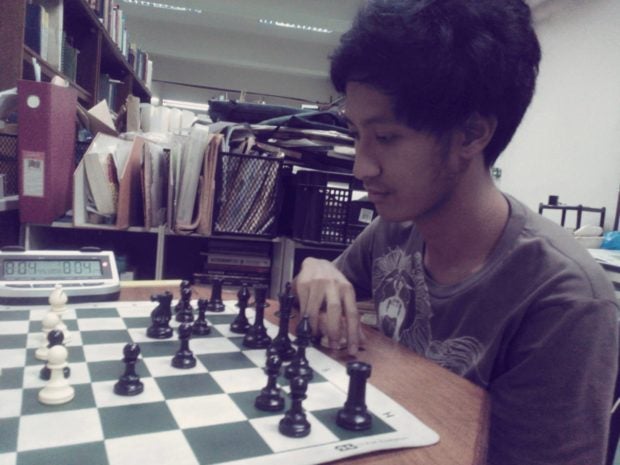 If you could talk to a student who is uninterested in science and struggling with the subject now, what would you tell this student?

Science is more than just geology, biology, chemistry and physics. It can be using statistics to build the dream basketball team, or predicting the stock market, or developing a new ingredient for the ultimate cooking recipe. It can be a hybrid of geology and physics or biology and astronomy, or even an Avengers-like assembly of all the sciences for advancing interstellar travel in the future. Real science is a lot more fun and diverse than the mandatory identification-enumeration exams confined in the four walls of high school. It is not meant to be easy, but honestly, what job is? JB