Coffee may not give you the needed boost—study 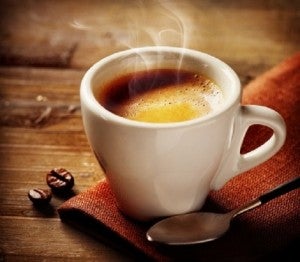 A new study from Sleep Research Society and the American Academy of Sleep Medicine has found that after three nights of poor sleep, caffeine has “little to no benefit” if you want some pep.

While it is generally believed that everyone’s favorite morning beverage boosts alertness and focus, the research suggested that those benefits pretty much go out the window if consumed by someone extremely tired.

Furthermore, coffee is supposedly not a remedy for bad sleeping habits, as research findings showed that caffeine’s cognitive and mood benefits waned after people went just three days without getting enough sleep.

“The data from this study suggests that the same effective daily dose of caffeine is not sufficient to prevent performance decline over multiple days of restricted sleep,” the study’s lead author, Tracy Jill Doty, who is a research scientist at Walter Reed Army Institute of Research, said in a press release.

Researchers tested the impact of coffee by restricting 48 subjects to only five hours of sleep per night for five straight evenings.

The morning after, sets individuals were either given a 200-mg caffeine pill and a placebo pill, followed by a series of tests.

Scores on tests measuring reaction time and mood were higher for the caffeinated group for the first two days, but it drastically waned in the following the days.

By the third day, overall ratings for happiness were lower for the people who had gotten the caffeine than those who had not.

Those in the caffeine group rated themselves as more annoyed than those who had not had caffeine, by the time the experiment ended.

However, those who are reaping to enhance their alertness through caffeinated drinks could still get their daily dose each day, as long as they haven’t gotten more than three poor nights of sleep in a row.

Scientists added that a quick nap will still do a lot more good for the sleep-deprived than another cup of coffee.

In a related study, The World Health Organization (WHO) also downgraded a warning that suggested coffee may expose consumers to a higher risk of cancer.

Experts believe there’s not actual evidence that coffee causes cancer, though they do warn that drinking any scalding hot beverage might be linked to cancer of the esophagus.

Another report  funded by the National Institutes of Health also discovered that regular consumption of coffee was associated with lower risk of total mortality as well as mortality caused by cardiovascular disease. Khristian Ibarrola