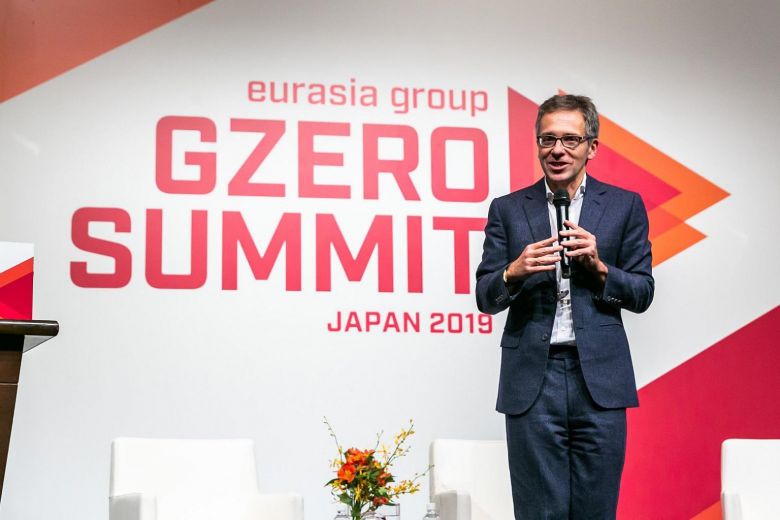 Geopolitical expert Ian Bremmer said at the G-Zero summit in Tokyo yesterday that what the world should want is for both the US and China to succeed economically and play constructive roles globally.PHOTO: EURASIA GROUP

TOKYO — The days of a global order led by the United States are over, regardless of whether President Donald Trump is re-elected next year, geopolitical expert Ian Bremmer said at a forum in Tokyo yesterday.

This comes as traditional institutions are losing their relevance amid a rise in transnational threats like climate change and cyber conflict, resulting in what he terms a “geopolitical recession”.

“It’s a time when alliances, institutions and the values that bind them all together are all coming apart,” he told the G-Zero summit.

The Straits Times is a media partner for the conference.

Dr Bremmer said that the rise of China in this climate is not necessarily a bad thing, even if its economic model distorts the traditional market-driven economy.

“Both free market and state capitalist systems still enable goods and capital to move around the world.”

In this regard, what the world should want is for both the US and China to succeed economically and play constructive roles internationally, however limited, to address urgent global issues like poverty, conflict and public health risks.

But what is more dangerous – the “gravest threat to globalisation” even – is how the two superpowers are building two distinct, competing online ecosystems in myriad areas, including big data, artificial intelligence, 5G and cyber security.

“Beijing is building a separate system of Chinese technology – using its own standards, infrastructure, and supply chains – to compete with the West,” he said. “Where exactly will the new Berlin Wall stand? Where will we find the boundary between one technological system and the other?”

And in this regard, the US has an interest in seeing China fail, he said.

“China’s technological development poses a foundational challenge to the values on which global stability and prosperity depend,” he said, noting that this is a point on which both Democrats and Republicans see eye to eye.

“The idea of a Splinternet, the creation of parallel technology ecosystems, isn’t just a threat to globalisation. It’s also a competition that those of us who believe in political freedoms might lose,” he added.

To stave off this threat, he proposed the creation of a global body that can establish ground rules for the digital age, and a watchdog akin to a digital version of the World Trade Organisation that can unite governments that believe in online openness and transparency.

Amid the uncertainty, he urged Japan to take the lead, given that it is “today the world’s healthiest advanced industrial democracy” despite its perennial issues like gender equality and mounting debt.

Prime Minister Shinzo Abe will become the longest-serving leader in its history tomorrow.

Dr Bremmer said that the world’s third-largest economy can play a part to boost cooperation and limit conflict between China and the US.

“Japan stands in a unique position to give each side greater incentive to coordinate in areas where their interests coincide and to avoid worst-case confrontations in those where they compete.”