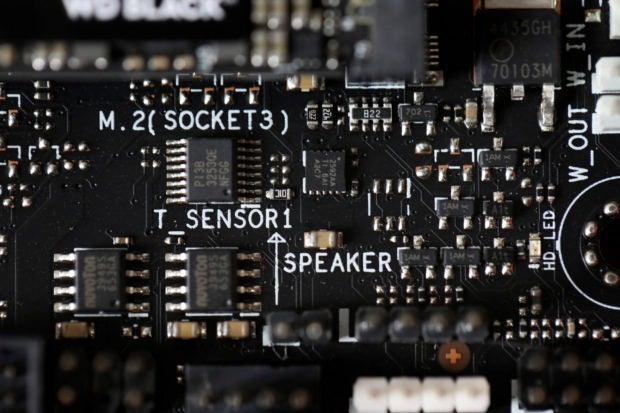 This Feb 23, 2019, file photo shows the inside of a computer in Jersey City, N.J. The U.S. National Security Agency said Thursday, May 28, 2020, the same Russian military hacking group that interfered in the 2016 presidential election and unleashed a devastating malware attack the following year has been exploiting a major email server program since last August or earlier. (AP Photo/Jenny Kane, File)

BOSTON — The U.S. National Security Agency says the same Russian military hacking group that interfered in the 2016 presidential election and unleashed a devastating malware attack the following year has been exploiting a major email server program since last August or earlier.

The timing of the agency’s advisory Thursday was unusual considering that the critical vulnerability in the Exim Mail Transfer Agent — which mostly runs on Unix-type operating systems — was identified 11 months ago when a patch was issued.

Exim is so widely used — tough far less known than such commercial alternatives as Microsoft’s proprietary Exchange — that some companies and government agencies that run it may still not have patched the vulnerability, said Jake Williams, president of Rendition Infosec and a former U.S. government hacker.

It took Williams about a minute of online probing on Thursday to find a potentially vulnerable government server in the U.K.

He speculated that the NSA might have issued to advisory to publicize the IP addresses and a domain name used by the Russian military group, known as Sandworm, in its hacking campaign — in hopes of thwarting their use for other means.

The NSA did not say who the Russian military hackers have targeted. But senior U.S. intelligence officials have warned in recent months that Kremlin agents are engaged in activities that could threaten the integrity of the November presidential election.

They also have been blamed by the U.S. and U.K. governments for the June 2017 NotPetya cyberattack, which targeted businesses that operate in Ukraine. It caused at least $10 billion in damage globally, most notably to the Danish shipping multinational Maersk.