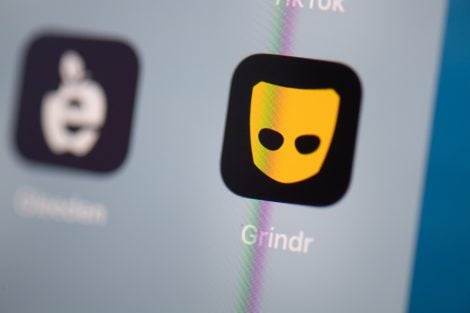 This illustration picture taken on July 24, 2019 in Paris shows the logo of the U.S. social networking application Grindr on the screen of a tablet. Image: Martin Bureau/AFP

Grindr plans to remove an ethnicity filter from the next version of its gay dating app in a show of solidarity with the Black Lives Matter movement.

Grindr said the change, which critics have long called for in the spirit of the platform being neutral when it comes to race, was prompted by feedback from users.

“We will not be silent and we will not be inactive,” Grindr said in a message posted by its official Twitter account.

“We will continue to fight racism on Grindr, both through dialogue with our community and a zero-tolerance policy for racism and hate speech on our platform.”

The move came as the internet was flooded with expressions of support for protests and demonstrations calling for an end to systemic racism in the U.S.

A “Blackout Tuesday” trend online had ranks of people posting black squares as a way of going silent on social media to show solidarity with the Black Lives Matter movement.

Once-in-a-generation protests have brought a multiracial coalition peacefully to the streets for the past week but each night has descended into mayhem, with both activists and officials blaming rabble-rousers.

The uprising began in the Minnesota city Minneapolis after the May 25 killing of George Floyd, an unarmed African-American man.

Floyd died after he was pinned for nearly nine minutes under the knee of a white police officer, Derek Chauvin, who ignored Floyd’s pleas for his life and had remained on the force despite multiple complaints. NVG