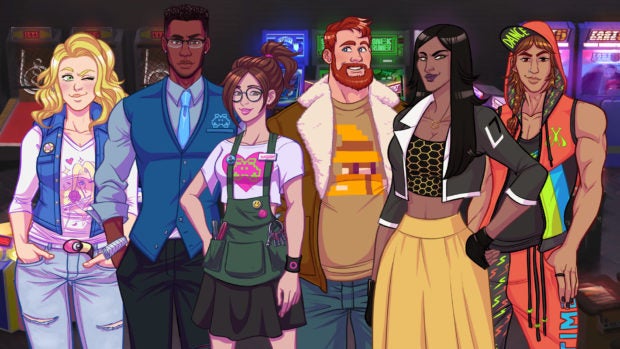 “Arcade Spirits” one of 1,600 plus games available in the Itch.io Bundle for Racial Justice and Equality. Image: Fiction Factory Games via AFP Relaxnews

With three days to go, the community-driven Itch.io Bundle for Racial Justice and Equality collection of computer, board, card and tabletop games has expanded to contain over 1,600 items and raise more than $5 million (P251 million) for worthwhile causes.

Disney allocated $5 million to civil rights organization the National Association for the Advancement of Colored People (NAACP) and other related nonprofits.

Site visitors to indie games site Itch.io have exceeded that via a $5.5 million (P276 million) fundraising against the bulging Bundle for Racial Justice and Equality.

Some 1,300 creators have now voluntarily razed their short-term income in order to provide a fundraising platform for the bundle’s two chosen causes.

They contributed games of all sorts to the collection, many of them high-profile or award-winning titles such as “Night in the Woods”, “Celeste”, “A Short Hike”, “Minit”, “The White Door”, “Overland”, “Cook, Serve, Delicious! 2!!”, “Astrologaster” and even brand new puzzler “reky”.

There are even game assets and engines for people that want to try their own hand at making something.

Both the bundle’s content contributors and the platform itself are donating all proceeds to the NAACP Legal Defense and Educational Fund and Community Bail Fund in a 50/50 split.

Launched around midnight on June 6 (Coordinated Universal Time), the Bundle for Racial Justice and Equality cleared $2 million (over P100 million) by the evening of June 7.

It expires at 10 a.m. Coordinated Universal Time on Tuesday, June 16. For conversion into your local time, see timeanddate.com.

The bundle also recast goodwill donations from major, international video game publishers, some of whose sums reached into the low six figures.

“We feel it is important to let others know we are standing with them, and hopefully inspire others to contribute as best they can,” the studio said, as it donated $1 million (P50 million) to the NAACP and the American Civil Liberties Union (ACLU) earlier this week.

The Humble Bundle, Electronic Arts and Riot Games were also among those to commit to donations of $1 million. CL

TOPICS: Black Lives Matter, Disney, Itch.io, Racism, Riot Games
Read Next
Breastfed children may have lower BMI later in life, even when they have high risk for obesity
EDITORS' PICK
Kin, counsel of Bree Jonson reject suicide angle; NBI to do 2nd autopsy
Isko Moreno: Can work with Robredo, continue Duterte’s infra program
Huawei’s relentless mission to bring ultimate health and wellness tracking for your fitness goals
Miss Universe Philippines partners with JC
Smart powers Liga Adarna Season 4: Race to the Top
The online doc is in – and surprises many as VP wannabe
MOST READ
‘No more face shields outside’ – Duterte
Isko Moreno: Can work with Robredo, continue Duterte’s infra program
Apollo Quiboloy threatens to run for president in next year’s polls
Robredo pressed to decide on 2022 plans now
Don't miss out on the latest news and information.