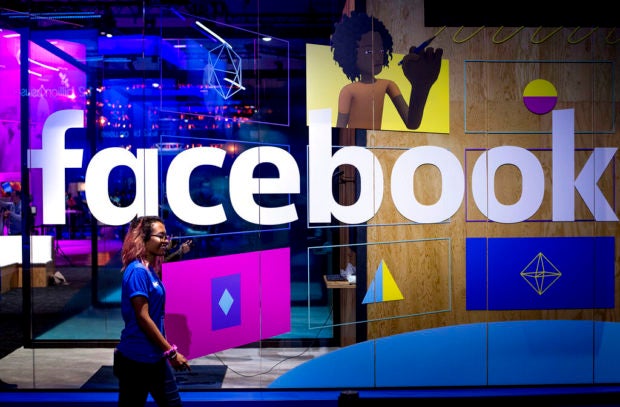 WASHINGTON–Facebook is allowing users to turn off all political ads in a move aimed at quelling criticism of the leading social network’s hands-off approach to election misinformation.

The feature being rolled out in the United States from Wednesday and some other countries will give Facebook and Instagram users the option of blocking paid ads from candidates and political groups.

The initiative announced late Tuesday comes amid intense pressure on Facebook and other social media services to stem the flow of false information while remaining open platforms for political debate.

Facebook has steadfastly rejected calls to fact-check politicians including a plea from Democratic White House hopeful Joe Biden to clamp down on what he called rampant disinformation from President Donald Trump.

She said the feature was being made available “as part of our preparations for the 2020 US elections” and would be offered “in countries where we have enforcement on ads about social issues, elections and politics” later this year.

Adam Chiara, a University of Hartford professor who follows social media and politics, said Facebook’s announcement may be a public relations move with little real impact.

Chiara said Facebook would be able to tout “a victory for not censoring speech” but that it “does nothing to help move away from the toxic speech on the platform.”

“I’m curious how many people will actually opt out,” Chiara said. “Many Facebook users don’t even change their default privacy settings. How many will take the time to do this?”

Shannon McGregor, a University of North Carolina professor of political communication, said Facebook is “outsourcing” its content moderation to users and at the same time limiting the reach of political challengers and newcomers.

“This is likely to exacerbate the incumbency advantage,” McGregor said.

The researcher said that despite concerns about negative and malicious ads, many political messages are “benign,” promoting discussing and enabling lesser-known candidates to reach voters.

“I don’t think policies allowing users to opt in or out of advertising are positive for democracy,” she said.

“I believe Facebook has a responsibility not just to prevent voter suppression — which disproportionately targets people of color — but also to actively support well-informed voter engagement, registration and turnout.”

The efforts by Facebook appeared to address concerns that it allowed misinformation and foreign influence campaigns to target voters in the 2016 US election, in some cases aimed at discouraging voters or giving them inaccurate information.

Amid a toxic political environment, Twitter last month began labeling or limiting the reach of comments from Trump deemed to be inciting violence or promoting misinformation.

That prompted an angry response from Trump, who signed an executive order which could lead to more oversight of social media, despite doubts about its enforceability.

“Ultimately, I believe the best way to hold politicians accountable is through voting, and I believe we should trust voters to make judgments for themselves” he said.

At the same time he added that “we have rules against speech that will cause imminent physical harm or suppress voting, and no one is exempt from them.”