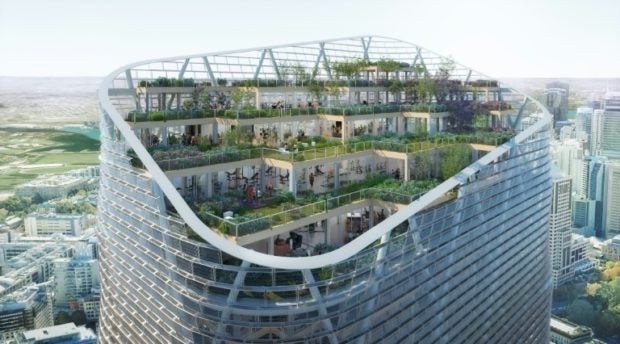 The 40-story structure, coming in at 180 meters (590 feet), will be constructed with timber mass — layers of softwoods pressed together — and will feature a glass and steel facade, topped by outdoor gardens.

The Atlassian building, designed by New York architects SHoP and Australian firm BVN, will operate on 100% renewable energy and incorporate solar panels and self-shading windows in its facade.

It will use Mass Timber Construction, a technique that fuses softwoods, which Atlassian described as a key technology to lower the building’s carbon footprint.

Construction is due to start next year and be completed in 2025.

Highly ecological, hybrid timber constructions have seen a burst of popularity. The Netherlands is due to begin work next year on a 140-meter (459 feet) hybrid timber tower in Rotterdam.

Atlassian, founded in 2001 by Mike Cannon-Brookes and Scott Farquhar, says the tower will house 4,000 staff and form the hub of a new tech precinct in the central Sydney business district.

“The space that we are building will be highly sustainable and highly flexible — it will be purpose-built for the future of work, for tomorrow’s world, not today’s,” Farquhar said in a statement. 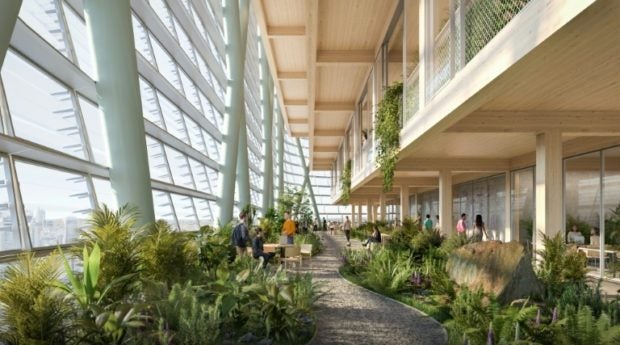 Construction of the Atlassian building is due to start next year and be completed in 2025. Image: AFP/Atlassian

He noted the post-COVID reality of more people likely working from home but said companies still needed offices to thrive.

“Now we can design this space especially for these new ways of working,” he said.

Cannon-Brookes and Farquhar, both 40, met at the University of New South Wales in Sydney in 1998 and launched Atlassian three years later.

The company, now one of the world’s biggest collaborative software firms, has made the pair among Australia’s richest people, each worth around $12 billion according to Forbes.

The Atlassian HQ project is not their first foray into the Sydney property market.

The duo lives in side-by-side estates on Sydney harbor which both broke records as the most expensive homes in the city when purchased in 2017 and 2018 for around $50 million and $70 million. CL