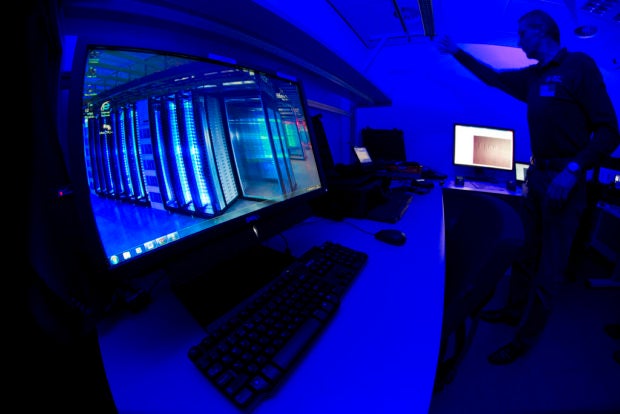 THE HAGUE, Netherlands  — European police delivered a major blow to organized crime after cracking an encrypted communications network, allowing them to covertly watch “over the shoulder” of criminals in real time as they planned drug trafficking, arms sales, assassinations and torture, officers announced Thursday.

The massive cross-border probe started in 2017 when French police began investigating phones using the EncroChat secure communication tool and ultimately were able to work around the encryption to gain direct access to users’ communications.

“It was as though we were sitting at the table where criminals were chatting among themselves really,” said Jannine van den Berg, chief of the Dutch National Police Force.

European police and judicial authorities said they expect the investigation to send shockwaves through organized crime gangs across the continent.

The encrypted platform was used by 60,000 people worldwide, including around 10,000 in Britain, British police said. The service pushed a message to all its users on June 13 alerting them that their systems had been breached and urging users to throw away their phones, European Union police agency Europol added.

The agency said EncroChat sold its “cryptotelephones” for around 1,000 euros each and offered subscriptions with worldwide coverage for 1,500 euros for six months.

Britain’s National Crime Agency said it used EncroChat data to launch investigations that led to the arrest of 746 suspects and the seizure of more than 54 million pounds ($68 million) in criminal cash, 77 firearms and more than 2 tons of drugs.

“Together we’ve protected the public by arresting middle-tier criminals and the kingpins, the so-called iconic untouchables who have evaded law enforcement for years, and now we have the evidence to prosecute them,” said NCA Director of Investigations Nikki Holland.

“The infiltration of this command and control communication platform for the UK’s criminal marketplace is like having an inside person in every top organized crime group in the country,” Holland added.

London’s Metropolitan Police used EncroChat data to launch what it called its most significant operation against organized crime, saying in a statement that it had arrested “some of London’s longest-standing and most dangerous criminals” and seized more than 13 million pounds in cash.

“Now, what seems to be possible only in thrillers and police series we’ve actually seen happen before our own eyes,” Kraag said. “We’ve actually been able to see what happens in real time with the criminals.”

It’s not the first time Dutch police have been involved in a major cyber sting. In 2017, Dutch cyber detectives secretly took over an online market place and acted as its administrators, collecting usernames and passwords and logging data on thousands of drug sales.

“This operation demonstrates that criminals will not get away with using encrypted devices to plot vile crimes under the radar,” Patel said.

Worst is behind us; but we’re not yet out of the woods – BSP chief