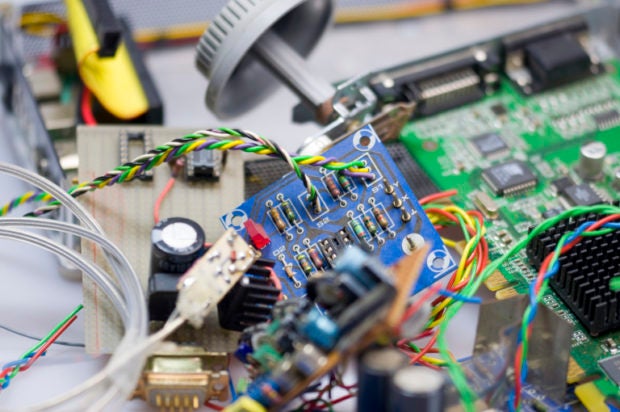 In its annual report on e-waste — tossed away smartphones, computers, white goods and electronic car parts — the U.N. said that materials worth more than $55 billion (50 billion euros) were being wasted every year.

In 2019, only 17% of the year’s 53 million tonnes of e-waste was recycled, with the rest ending up in scrapheaps or landfill.

With its unreclaimed deposits of gold, silver, copper and platinum as well as highly-prized rare Earth metals, non-recycled e-waste means more must be mined to equip consumers with new products.

The report’s authors blamed ever-shorter device lifespans and a lack of recycling infrastructure for the ballooning e-waste problem.

“E-waste quantities are rising three times faster than the world’s population and 13% faster than the world’s GDP during the last five years,” said Antonis Mavropoulos, president of the International Solid Waste Association. “This sharp rise creates substantial environmental and health pressures and demonstrates the urgency to combine the fourth industrial revolution with circular economy.”

To put the numbers into perspective, 53 million tonnes is substantially heavier than every adult in Europe put together, or as much as 350 cruise ships the size of the Queen Mary 2. It equates to more than seven kilograms of e-waste for every human on the planet.

The U.N. warned that e-waste contained a number of toxic substances known to be harmful to human health.

“Substantially greater efforts are urgently required to ensure smarter and more sustainable global production, consumption, and disposal of electrical and electronic equipment,” said David Malone, rector at the United Nations University and U.N. under secretary general. “This report contributes mightily to the sense of urgency in turning around this dangerous global pattern.” JB

TOPICS: e-waste, gadgets, metals, Recycling, United Nations
Read Next
Whether you prefer the music of Mick Jagger or Maroon 5 could depend on their personality, and your own
EDITORS' PICK
Assassination ‘akyat-bahay’ style
Boost your productivity with the new ASUS ZenBook 13 UX325 and ASUS Zenbook UX425
PH COVID-19 caseload shoots up to 147,526 with 4,002 new cases
Smart launches GIGA Pro with bigger and better data for the new normal
NBI confirms death of ex-Wirecard exec
Water remains our saving grace right now
MOST READ
Korina Sanchez reveals dating Fernando Carillo — and not asking money from husband Mar Roxas
Palace: Metro Manila shifting to MGCQ a ‘remote possibility’
PLDT assures probe on contractors disconnecting Fibr customers for new applicants
Father and son doctors who treated patients die from COVID-19
Don't miss out on the latest news and information.