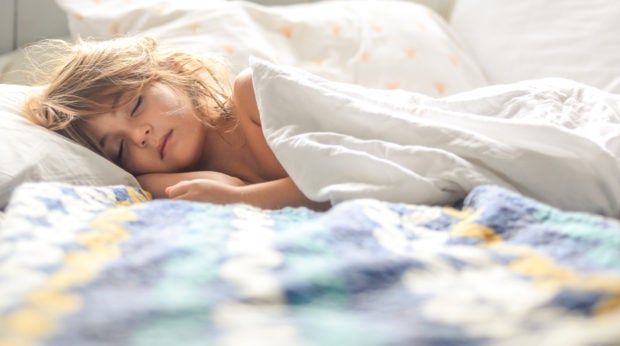 Getting a sufficient amount of sleep could be important for children’s emotional health. Image: Lisa5201/Istock via AFP Relaxnews

A new American study has found that not getting enough sleep could negatively impact children’s emotional health, particularly their positive emotions.

Led by Candice Alfano, a University of Houston professor of psychology and director of the Sleep and Anxiety Center of Houston, the new study looked at the sleep and emotions of 53 children aged seven to 11 over the course of one week.

The children were asked to complete an emotional assessment twice during the study, once after a night of healthy sufficient sleep and the second time after two nights of getting too little sleep, either six or seven hours.

The findings, published in the Journal of Child Psychology and Psychiatry, showed that after the nights when they didn’t get enough sleep, there were changes in the way that the children experienced, regulated, and expressed their emotions, particularly in response to the positive stimuli.

In addition, the researchers also found that children who already had pre-existing anxiety symptoms showed the biggest changes in their emotional responses when they didn’t get enough sleep.

Alfano says that the findings show how getting a bad night’s sleep could affect children’s everyday social and emotional lives.

“The experience and expression of positive emotions are essential for children’s friendships, healthy social interactions and effective coping. Our findings might explain why children who sleep less on average have more peer-related problems,” she said.

She adds that the results highlight how there may be a need to assess sleep habits particularly in emotionally vulnerable children. IB

Do optimists sleep better than pessimists?