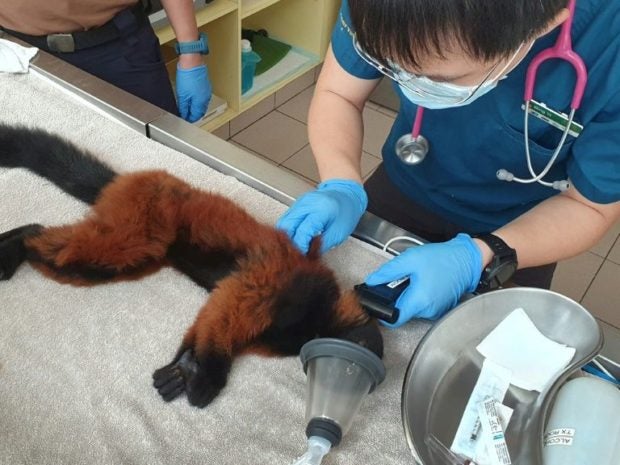 SINGAPORE — Twin red-ruffed lemurs have been born at Singapore zoo, officials said Thursday, a rare double delivery that is a boost for the endangered saucer-eyed primates.

It was the first birth at the zoo of the endangered creatures, which are native to Madagascar, in over a decade, Wildlife Reserves Singapore said.

The arrival of the yet-to-be-named twins was “particularly special” because the creatures breed only once a year, it said. 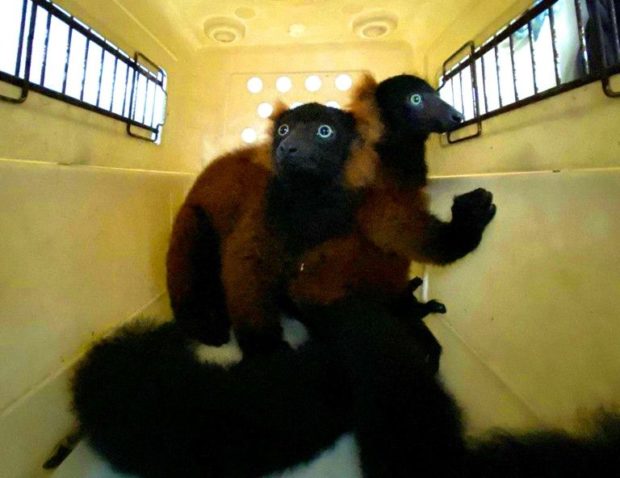 The fluffy lemurs are a distinctive rust color, with black faces, hands, feet and tails, and a distinctive white patch on their heads.

The last of the species to be born at the zoo was the twins’ father, Bosco, 11 years ago. The mother is eight-year-old Minnie, who arrived in Singapore from a Japanese zoo in 2016.

Although the twins were born earlier this year, they have only recently become an attraction as the zoo was closed for months as a result of a coronavirus lockdown. 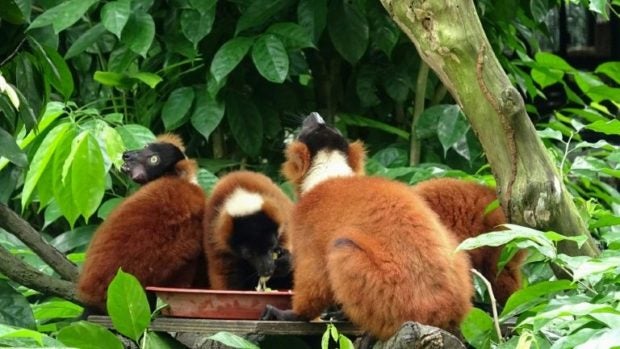 Red-ruffed lemurs are classified as critically endangered by the International Union for Conservation of Nature due to logging and hunting.

Of the 107 surviving lemur species on Madagascar, some 103 are threatened, including 33 that are critically endangered – the last stop before “extinct in the wild”, the group said earlier this month.