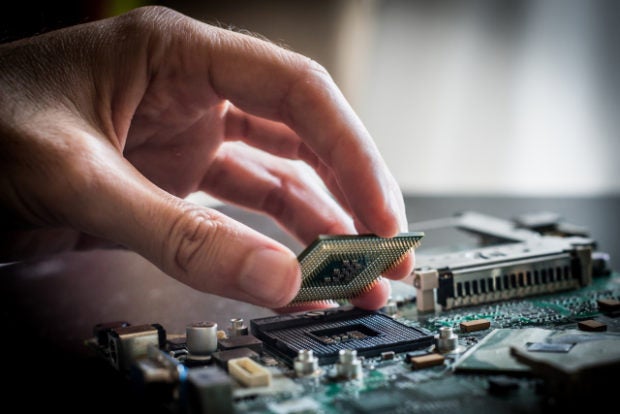 Putting together your own PC is not that much different from snapping together a building block toy – carefully follow the instructions, keep your fingers safe and everything should work out OK.

Still, as Cavill himself demonstrates, there’s more than likely going to be a bit of head scratching involved regardless of the financial outlay. If in doubt, it’s better to take a break and come back refreshed the next day.

This kind of material isn't for everyone….viewer discretion is advised. You may see a lot of parts that you haven't seen before. #PC #AllTheParts #AllNightLong

Cavill blurred out branding information at the start of his do-it-yourself PC reel, but his Instagram video suggests that the “Superman” star is using an ASUS ROG Crosshair VIII Hero motherboard as a base ($599/P29,500), on top of which is placed an AMD Ryzen 9 3900X 12-Core chip ($499/P24,600) as the system’s Central Processing Unit. Temperature regulation for that is provided by a NZXT Kraken Z73 all-in-one liquid cooler ($279/P13,700).

Though the Ryzen 9 already contains a capable integrated graphics chip, like many enthusiast gamers Cavill has opted for a dedicated card, in this case the ROG Strix GeForce RTX 2080 Ti OC ($1,199/P59,100).

While it’s more than equal to the demands of “World of Warcraft: Shadowlands” (an opt-in beta began this week) and “Cyberpunk 2077” (Nov. 19, 2020), expect the current total cost of this powerful build to top out at around $4,500 (P222,000), sale deals notwithstanding. I’ll be sticking with my current build a while longer. RGA