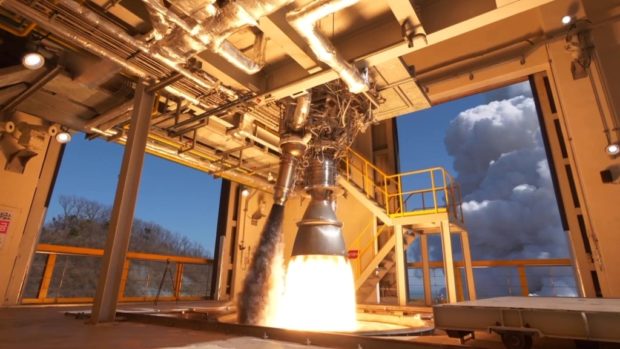 SEOUL — With a major hurdle lifted on rocket propellants, South Korea is set to double up its efforts to build a foothold in space, eyeing, above anything else, the country’s first rover to the moon and its first spy satellite of its own, experts said Wednesday.

“The latest news tells us this: We could equip our current Korea Space Launch Vehicle-II with extra solid-fuel engines so they could send a rover to the moon,” said Ko Jeong-hwan, director at the Korea Aerospace Research Institute in charge of running the country’s space vehicle set to have its first flight in 2021.

“That plan however is for the long run, surely not now as we need to draft a roadmap first for a scheme of that magnitude to pan out.”

Announcing a revision in a joint missile pact with the US, Seoul’s deputy national security adviser Kim Hyun-chong declared: “Starting today, South Korea can, without restrictions of any kind, begin developing solid-fuel engines.”

The Korea-US agreement, first signed in 1979 and revised three times, put restrictions on Seoul’s rocket development and the limitation on the use of solid-fuel engines has been named as a key hindrance to the country’s advances toward space.

Ko explained that the three-staged KSLV-II runs entirely on liquid-fuel engines so mounting an additional set of boosters – solid-fuel engines – adds greater power to thrust a rover to a higher altitude, which has not been feasible until now due to the restrictions.

Some experts point out the latest relaxation could pave the way as well for the country to launch its first spy satellite.

Solid-fuel engines are cheaper and quicker in launching projectiles than liquid-fuel engines, which means sending a spy satellite into space requires use of the former. Washington has been reluctant to give that advantage to Seoul until now, according to a military official.

“Our neighboring countries have several spy satellites hovering around, but we have none. We need our own too,” said deputy national security adviser Kim.

“Soon we will be sending our own low-altitude reconnaissance satellites. We have enough expertise already,” said a military official.

Some experts said the US has given Korea a tactical upper hand in space exploration for reasons.

“With an increasingly belligerent China and a stubborn nuclear-armed North Korea, the US sees that it could expand its containment campaign through allies – South Korea – by giving it greater flexibility to deter their aggression,” said Ryu Seong-yeop, an intelligence analyst at the Korea Research Institute for Military Affairs.

The military expert went on to say Washington was moving strategically, and that Seoul should not sit idle and squander away an opportunity to strengthen space technologies and expand its presence out there.