Why the humble pea is the ingredient of the future 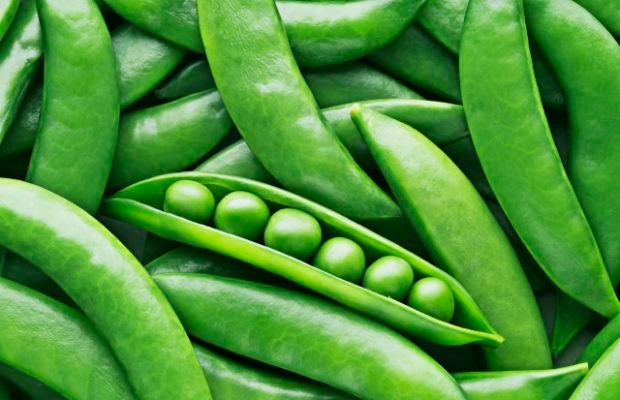 Researchers at a Scottish distillery have come up with a surprising new gin. Not only is it made from peas, it is also climate positive — that is to say, it avoids more carbon dioxide emissions than it creates. This is just one of the many wonderful uses of the humble pea, an environmentally friendly ingredient that is increasingly present in a wide range of foods, from vegetarian burgers to vegan wines.

A mere five years. That was the amount of time it took the Arbikie Distillery to develop its revolutionary new gin. Produced in the homeland of Scotch whisky, the spirit has the distinction of being made from peas. Nàdar, as the spirit has been christened, is climate positive and could pave the way for a new generation of low-emission spirits.

The makers of the new tipple have announced “a carbon footprint of -1.54 kilogram [of carbon dioxide] per 700ml bottle,” due to the fact that it is produced using peas. Like other members of the legume family, peas can be grown without chemical fertilizer because they obtain the nitrogen they need from the air, which they then store in their roots.

This is quite the opposite of wheat, which is usually used for making gin. Peas also require less water to grow, which means that they are better able to overcome periods of drought. Last but not least, peas contain more protein than wheat, and the process of isolating it is largely waste free. There are plenty of uses for leftover pea starch and pea fiber, which are respectively used to make noodles and animal feed.

Pea protein is the ingredient of the future

More than for peas themselves, the food industry is increasingly hungry for pea protein. Among other uses, it is famously a key ingredient in Beyond Meat vegetarian burgers, which now feature on the menus of major fast food chains. Just in case you are wondering why these faux steak products are not green, you should know that peas that are crushed and extruded to produce vegan sausages and burgers are in fact yellow.

Pea protein is not only making its way onto plates, it is also being drunk in the form of dairy-free milk. Stocked alongside such staples as almond, rice and hazelnut milks, it is already available from major supermarkets such as Whole Foods Market and Sainsbury’s in the United Kingdom. Once again, it is not green like the Incredible Hulk, but a much more appetizing shade of creamy white.

Finally, pea protein is increasingly used by the wine industry. Before it is bottled, wine is usually clarified and stabilized by adding a fining agent, which combines with potentially bitter or astringent polymeric phenols and tannins so that they can be removed. Traditionally, isinglass, bentonites and egg white have been used for this age-old process, which dates back to Roman times. Now, pea protein is increasingly the additive of choice, notably because it enables winemakers to produce vintages that can be labeled as vegan.

According to Time, 757 new pea-related foods showed up on supermarket shelves in 2018. A revolution to replace many of the foods we eat every day with plant-based alternatives is already underway — and the humble pea is playing a major role in making it possible. CC