What does carbon neutral mean? 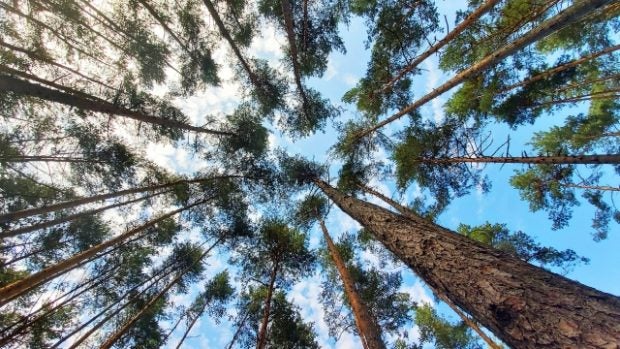 The word ‘neutrality’ does not refer to an absence of greenhouse gases but a balance between the amount of CO2 emitted and the amount absorbed by natural carbon sinks. Image: Shutterstock/Kletr.

One of the main objectives under the 2015 Paris Agreement on climate change is to achieve carbon neutrality by 2050. A necessary condition if we are to limit global warming to 1.5 degrees Celsius, carbon neutrality designates a balance between anthropogenic greenhouse gas emissions and the amount of carbon dioxide naturally absorbed by carbon sinks like the soil, oceans and forests.

A study by the non-governmental organization Oxfam and the Stockholm Environment Institute unveiled on Sept. 21 has found that the richest 1% of the world’s population (around 63 million people) are responsible for 15% of all greenhouse gas emissions.

At the 2015 United Nations Climate Chance Conference or COP21, which concluded with the Paris Agreement on climate change, 195 countries, including the European Union, made a commitment to achieve carbon neutrality by 2050.

But what exactly do we mean by carbon neutrality?

The word “neutrality” does not refer to an absence of greenhouse gases but a balance between the amount of CO2 emitted and the amount absorbed by ecosystems that act as the planet’s natural carbon sinks, such as forests, grasslands, soils and oceans.

Collectively, these carbon sinks can eliminate 9.5 to 11 gigatonnes of CO2 per year. Gobal greenhouse gas emissions, however, amount to four times this figure, which were around 43.1 gigatonnes in 2019 including 36.8 billion tonnes of CO2 caused by the use of coal, oil and gas.

To date, the most popular option in the bid to achieve carbon neutrality has been to turn to carbon offsetting, which aims to counterbalance emissions from one sector with reductions elsewhere. This is notably the strategy that has been embraced by large numbers of companies.

Offsetting can notably involve developing the capacity of carbon sinks by, for example, by planting more trees. However, this kind of initiative also has its limits, notably because global warming has increased the risk posed by forest fires, which release large amounts of CO2 into the atmosphere.

It follows that the most effective solutions to achieve carbon neutrality combine the preservation of carbon-absorbing ecosystems with drastic reductions in greenhouse gas emissions. On the level of the planet, this will require a major overhaul of the most polluting industrial sectors, which are energy, textiles, transport, agriculture and construction. CC

Seoul to go carbon neutral by 2050