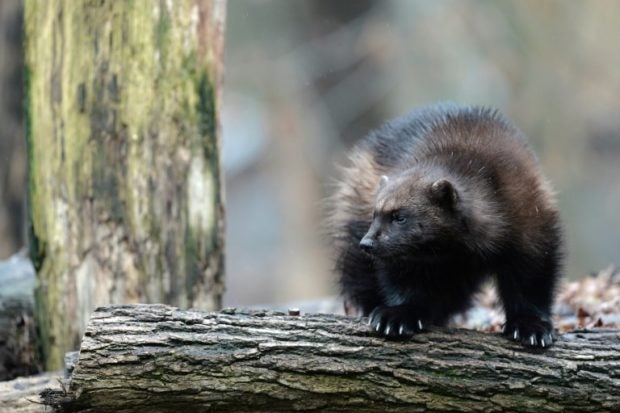 American wildlife officials said Thursday they were withdrawing a proposal to protect wolverines after finding the rare snow-dwelling predators aren’t as threatened by climate change as previously thought.

The move was condemned by conservation groups, who said it was a result of the Trump administration’s denial of climate science, and that extra measures were badly needed to save the estimated 300 or so wolverines left in the contiguous United States.

The Fish and Wildlife Service (FWS) said its decision “reflects the latest and best available science,  including improvements to our understanding of the biology and behavior of the species, as well as  advances in  snow  and climate modeling.”

In 2016, a court ruled the FWS must consider further its decision to drop proposed protections that the agency itself first put forward in 2013.

“In the time since our original proposal, the science on wolverine has been greatly advanced thanks to the work of state wildlife agencies and researchers in the U.S. and around the world,” said FWS official Noreen Walsh.

The FWS said Thursday it had recorded 86 photographic detections of the animals through camera-trapping and 157 hair samples between 2016 to 2017, and determined it wasn’t as rare as thought, even though it couldn’t make an estimate for actual population size.

It added that climate modeling indicated snow cover wasn’t receding as rapidly as thought in certain areas, snow cover isn’t as critical for the species to build dens, and that wolverines in the lower 48 states are connected to populations in Canada and Alaska where they can migrate.

But Timothy Preso, an attorney with Earthjustice, part of a coalition that intends to sue the government, told AFP the FWS announcement amounted to “smoke and mirrors.”

“What they did was a one year snapshot of where there was wolverine occupancy detected by remote cameras, and they don’t know whether that was numerous individuals, or one individual traversing an area.”

“What we know is that climate change is literally melting the wolverine habitat out from under it,” he added, attributing the new decision to the Trump administration’s hostility to climate science.

What’s more, he said, the fact that the species is more abundant in Canada and Alaska isn’t a good rationale for not protecting it in the contiguous U.S.

Wolverines, which resemble small bears and have bushy tails, once roamed the northern U.S., but their population has been decimated by trapping, poisoning and habitat loss that started in the 19th century.

The largest member of the weasel family, they now exist only in small populations in Idaho, Montana, Washington, Wyoming and northeast Oregon, and are at risk from climate change because they dig their dens in declining snowpack to birth and raise their young.

Signed in 1973, the Endangered Species Act is credited with saving iconic American species such as the gray wolf, bald eagle and grizzly bear.

It protects listed species from being killed or harmed, protects their habitats, and creates plans to restore healthy populations, among other things. IB