technology /
POLICY CHANGE ON THE SCOPE OF FREE SPEECH 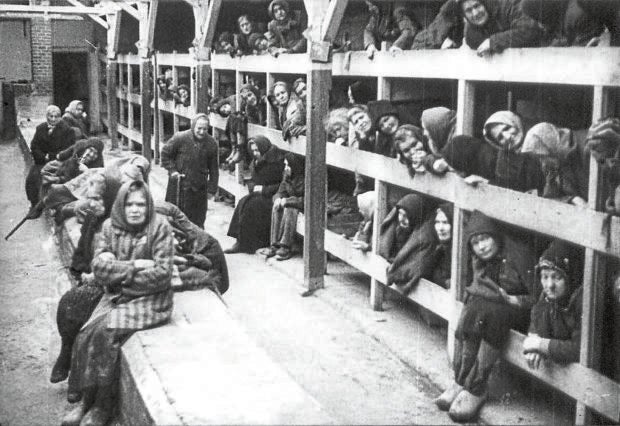 IT REALLY HAPPENED The Holocaust, the persecution and mass murder of millions of Jews by the Nazis during World War II, really happened and Facebook will remove from its platform all pages and entries that deny it. The picture shows some of the survivors of the Auschwitz death camp in Oswiecim, Poland, who were freed by Allied forces. About 1.5 million, mostly Jews, were murdered in that camp alone. —REUTERS

Facebook on Tuesday announced that it would remove content that “distorts or denies” the Holocaust, the latest development in a series of shifting goal posts on what constituted free speech on the world’s biggest social media platform.

It was a policy change that was supported “by the well-­documented rise in anti-­Semitism globally and the alarming level of ignorance about the Holocaust, especially among young people,” Bickert said.

She cited a recent US survey that found that almost a quarter of adults age 18 to 39 believed that the Holocaust was a “myth, that it had been exaggerated or they weren’t sure.”As such, beginning later this year, “we will direct anyone to credible information off Facebook if they search for terms associated with the Holocaust or its denial on our platform,” Bickert said. She did not mention a specific implementation date for the policy change.

“Enforcement of these policies cannot happen overnight. There is a range of content that can violate these policies, and it will take some time to train our reviewers and systems on enforcement,” she said.

The policy change, welcomed by both the Jewish community and antidisinformation advocates alike, was a radical shift from Mark Zuckerberg’s earlier stances that Facebook should not police content, even those that are deeply offensive.

The World Jewish Congress and the American Jewish Committee praised the move.

“For several years, the World Jewish Congress has advocated for Facebook to remove Holocaust denial content from its platform,” that group said in a statement.Earlier, civil rights groups organized a widespread Facebook advertising boycott to try to pressure social media companies to act against hate speech on their platforms.

“This has been years in the making. Having personally engaged with @Facebook on the issue, I can attest the ban on Holocaust Denial is a big deal,” tweeted Jonathan Greenblatt, chief executive of the Anti-Defamation League, one of the boycott’s organizers. “Glad it finally happened,” he added.

The Conference on Jewish Material Claims Against Germany has also pushed for Facebook to ban Holocaust denial content and has called for Zuckerberg, who is Jewish, to meet with survivors through its #NoDenyingIt social media campaign.

In a 2018 interview with the Washington Post, Zuckerberg said he believed that Holocaust denialism was one of the things “that different people get wrong. I don’t think they’re intentionally getting it wrong.”On Tuesday, however, Zuckerberg admitted his thinking “has evolved as I’ve seen data showing an increase in anti-­Semitic violence, as have our wider policies on hate speech.”

While Facebook had instituted several enforcement policies against posts that incite hate crimes or mass murder, several critics have pointed out that Zuckerberg had not done enough to counter the growing extremism now incubating on the platform.

“I’ve struggled with the tension between standing for free expression and the harm caused by minimizing or denying the horror of the Holocaust,” Zuckerberg said in a Facebook post shortly after the announcement.

“Drawing the right lines between what is and isn’t acceptable speech isn’t straightforward, but with the current state of the world, I believe this is the right balance,” he added. —WITH A REPORT FROM REUTERS INQ