No Steve Jobs they, but this team got Filipinos on Internet 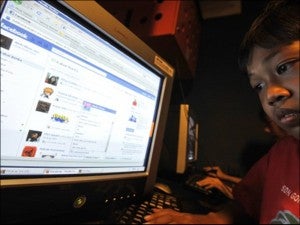 It is every information technology (IT) geek’s dream to work on a project that will change the lives of millions. That dream came true for a group of Filipinos from the University of San Carlos in Talamban, Cebu, on March 29, 1994, at 10:18 a.m. when, through their efforts, the Philippines first logged on to the Internet.

Ayson and his then fellow Internet noobs (newbies) reunited recently at the Smart offices in Makati to look back on that technological turning point 18 years ago that changed the Philippine telecommunications industry.

The journey to cyberspace began as early as 1988 when Arnie del Rosario, head of Ateneo de Manila University’s Computer Center, did a comparative study for the Department of Science and Technology (DOST) on network technologies.

“In the running were infrastructures such as Timenet, Bitnet and, of course, the eventual victor that we now all know as the Internet,” he said.

The efforts didn’t really take off until four years later when the DOST finally expressed interest in the project.

With government approval assured, it was time to formally create a working committee. That was a task for Rodel Atanacio and Rommel Feria who had already gained fame maintaining the Bulletin Board System of the University of the Philippines in Diliman.

Their task? To create an e-mail linkup between UP, Ateneo and Victoria University in Australia.

With government approval and funding, the project was a huge success. Students from the three universities could now send e-mail to each other. They then faced the next challenge: Keeping the system up and running, which required funding.

“I did the math and, given the funding from the DOST, we would only last for six months,” Del Rosario said.

That’s when Dr. Rudy Villarica, then head of the Industrial Research Foundation (IRF), came in to help secure additional funding from DOST. That ultimately earned him the title “Father of Philippine Internet.”

Villarica said it cost $11,000 a month to lease a 64kbps line at that time, a high price to pay considering that it could only connect to Victoria University in Australia and do basic tasks such as send e-mail and transfer files.

To make matters worse, the Internet didn’t seem to be financially and commercially viable then. Del Rosario was repeatedly told this, plus the fact that it was only for members of the academe and of research firms—“just for nerds.”

But as it happened, the demand for connectivity skyrocketed and big companies such as the Philippine Long Distance Telephone Co. (PLDT) began including Internet services in their portfolio.

Of course, the whole effort was far from being a walk in the park, as Benjie Tan, then working with Comnet Inc., recalled. Comnet Inc. was a local distributor of Cisco Systems which supplied and set up the Cisco 7000 router used for the project.

The rest, as they say, is history.

Today, the Internet is literally everywhere, thanks to the efforts of companies such as Smart, which helped make it accessible and affordable to Filipinos. It is hard to imagine any facet of professional or personal life that does not involve the World Wide Web.

Del Rosario agrees as he said that there was simply no way he and his teammates could have foreseen just how big the Internet would become.

“Back then, it was just for e-mail and file transfers—none of us could have pictured it the way it is today,” he said.

A lot has changed in 18 years. The Cisco 7000 router has since been destroyed in an unfortunate warehouse mishap, founding members have passed away, and memorabilia which could have served as proof of the team’s hard work have either been lost or misplaced.

Despite all that, their biggest legacy lives on to this day.