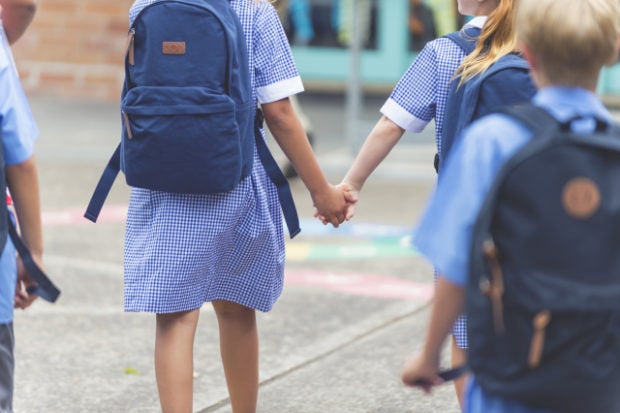 Although the study covered elementary, middle and high schools, the scientists consider that elementary pupils may be the most vulnerable to the health effects of pollution. Image: IStock/courtneyk via AFP Relaxnews.

What if the air quality in schools could cause an increase in pupil absences? That is the theory explored in recent research from the University of Utah in the United States.

According to Daniel Mendoza, a research assistant professor in the department of atmospheric sciences at the University of Utah and lead author of the study, research is still ongoing and the evidence is not yet conclusive enough to draw a cause and effect relationship between air quality and children’s absences from school, but the correlation merits further exploration.

The authors analyzed data relating to the presence and absence of pupils in 36 schools in the Salt Lake City School District in Utah. Thanks to a network of air quality sensors installed in the city, the researchers were able to compare this data to levels of ozone and particulate matter in the school neighborhoods from 2015 to 2018. The researchers’ manuscript was accepted last Oct. 8 and may be read on the Environmental Research Letters journal.

Although the study covered elementary, middle and high schools, the scientists who worked on the study consider elementary pupils may be most vulnerable to the effects of pollution on health.

“…[I]t is possible that health effects, such as respiratory tract infections or asthma exacerbations, may lead to them missing more school, which can have long-term consequences for them,” said study co-author Cheryl Pirozzi, assistant professor in the division of respiratory, critical care and occupational pulmonary medicine.

Over the whole school district, increases in school absences occurred on days following exposure to high levels of air pollution, the study has shown.

“So what that really leads us to think is that even low levels of poor air quality can, in a cumulative manner lead to negative health outcomes — in this case increased school absences. Even on green air quality days, when the pollution was just slightly elevated, if we had several of those days, then kids would still be absent,” the scientists said.

The authors, however, concede that other factors could be at play in these absences, notably socio-economic criteria. For example, they noticed a lower rate of absences in the district’s comparatively more affluent east side schools. CC