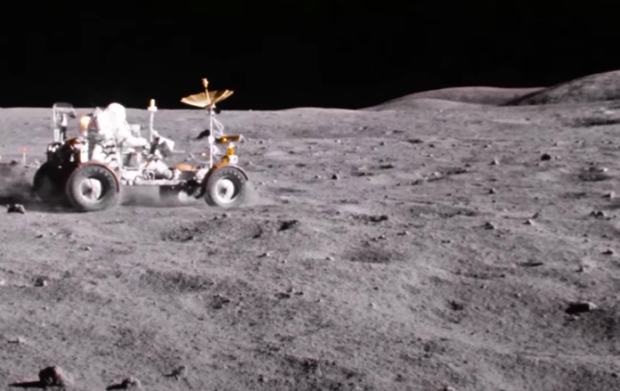 Still from a restored footage of an Apollo 16 astronaut on the moon. Image: screengrab from YouTube/
Dutchsteammachine

Around three years ago, NASA uploaded most of its film archives to its website and gave viewers free access. The agency put over 140 000 videos and photos in total onto the online platform.

Using artificial intelligence, the main editor of the Dutchsteammachine YouTube channel has now restored some of this historic footage.

Most of the updated archives have been converted to a high definition format. And some of them are even viewable in 4K, 60 frames per second.

Among the most iconic clips, the editor has posted images of the Gemini 4 mission and the first spacewalk by American astronauts, as well as famous images of Apollo 11 with Neil Armstrong and Buzz Aldrin setting foot on the Moon, or the Apollo 16 mission with the first lunar rover rides.

This YouTube channel offers many other restored archives from NASA as well as footage from 1930s and 1940s Europe. IB