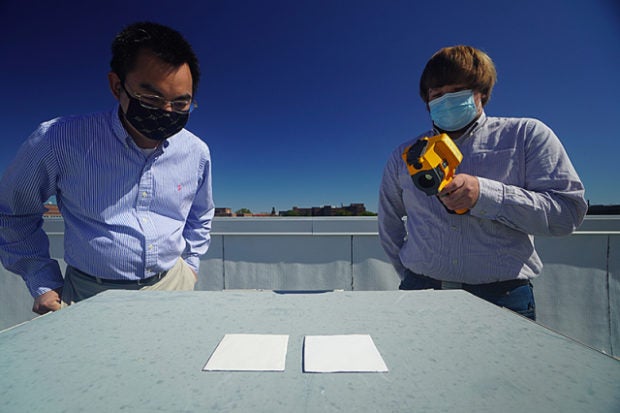 There is no denying that climate control systems contribute to global warming. Now, researchers in the United States could have a solution for reducing air conditioner use with a new type of paint that reflects sunlight and prevents heat being stored.

We already know that a simple coat of white paint can help make homes feel cool, but research is underway to go much further than that, replacing the need for air conditioning when the mercury rises with a mere lick of paint.

Engineers at Purdue University in the United States have developed a material capable of reducing the ambient temperature by approximately 7 degrees Celsius. The paint can reflect up to 95.5% of sunlight. In other words, it does not store heat and it could make air conditioning redundant.

According to their findings, published in the Cell Reports Physical Science journal, the engineers studied the properties of around a hundred combinations of materials, narrowing them down to 10 and testing about 50 different formulations for each material. They eventually landed on a formulation made form calcium carbonate, a substance commonly found in rocks and seashells.

The researchers have already filed a patent application to protect their work, which could find use in homes, as well as cars, factories and more. The research is all the more interesting because this new type of paint does not just repel heat from surfaces, it is also capable of sending it away from Earth and out of the atmosphere, so it cannot contribute to global warming. That makes all the difference compared to other similar products in the sector.

In 2012, a NASA study found that white coatings in New York City could drop peak roof temperatures by an average of 24 degrees Celsius. CC

COVID-19: Is it safer to ride an air-conditioned vehicle or not?