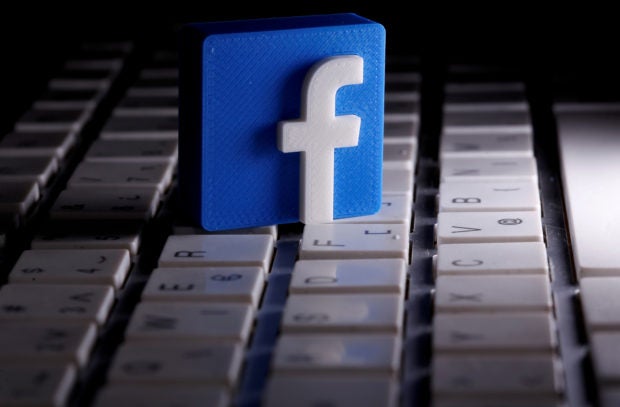 FILE PHOTO: A 3D-printed Facebook logo is seen placed on a keyboard in this illustration taken March 25, 2020. REUTERS/Dado Ruvic/Illustration

U.S. officials blamed Iran last week for thousands of threatening emails and an online video that purported to show hackers breaking into a voter registration system just days before the U.S. presidential election. Tehran has denied the allegations.

Nathaniel Gleicher, Facebook’s head of cybersecurity policy, said the newly-discovered accounts were largely inactive, but had previously attempted to spread claims about an “alleged massacre” at last year’s Eurovision Song Contest in Israel.

U.S. intelligence agencies are still analyzing who exactly in Iran commanded the operation and its intent, three people with knowledge of the matter told Reuters last week.

Gleicher said on Tuesday his team found a small number of technical links to a disinformation network suspended in April that was attributed to Iran’s state broadcaster, as well as “connections to individuals associated with the Iranian government.”

Facebook also said it had suspended two pages and 22 Instagram accounts run by people from Mexico and Venezuela that used fake identities and other forms of so-called “coordinated inauthentic behavior” to post about current events and politics in the United States.

Some of the accounts posed as Americans and posted in Spanish and English about topics including race relations, feminism and the environment, Facebook said. They were identified following a tip from the FBI, it added.

While it was not clear who was behind the activity, some accounts posted captioned pictures previously used by the Internet Research Agency, the Russian organization U.S. prosecutors have said played a key role in Moscow’s efforts to sway the 2016 U.S. election.

Gleicher said both networks, as well as a third operation targeting Internet users in Myanmar, had been caught before they could attract significant followings.

But he said “malicious actors” were increasingly using concerns about their own election interference attempts to further sow distrust and division.

“We call it perception hacking,” he said. “Rather than actually breaking into a sensitive voter database or using a large social influence campaign, you just play on everyone’s fear that it exists.”