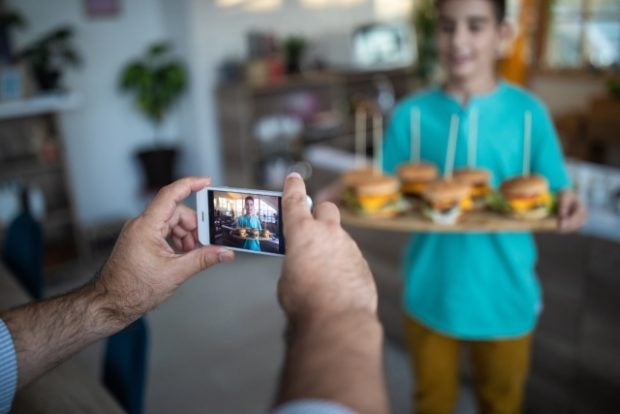 With more than 41 million children categorized as overweight in 2016, a new study highlights a worrying problem for parents to contend with: the promotion of junk food by child influencers on YouTube. From product placement to overt advertising, junk food seems to be a staple feature of certain “kidfluencer” videos. In light of this, researchers are calling for tighter regulation of this kind of advertising.

Junk food advertising targeting children is a problem in many countries, and the World Health Organization (WHO) recently identified food marketing as one of the factors driving childhood obesity. New findings from researchers at the NYU School of Global Public Health and the NYU Grossman School of Medicine, published in the journal Pediatrics, highlight a new form of junk food advertising from child influencers on YouTube.

Adults aren’t the only ones setting themselves up as online influencers. Some kids also have their own YouTube channels aimed at entertaining younger viewers. In fact, an eight-year-old American boy called Ryan, of the YouTube channel “Ryan’s World,” was last year’s highest earner on the video platform, making US$26 million, according to Forbes. Whether filming birthdays, funny clips or educational content, some of the videos have been watched over a billion times, making them prime targets for the marketing strategies of certain firms, particularly those in the food sector.

For the study, the researchers identified the five most popular kidfluencers aged three to 14 on YouTube in 2019, then analyzed their most-watched videos. Studying a sample of 418 videos, the researchers checked if they featured food or drinks, then determined which items and which brands were being promoted, before evaluating their nutritional value.

They found that almost 43% of the most popular videos from these influencers promoted food or drinks, and more than 90% of the products shown were unhealthy branded food and drink items, with fast food the most frequently featured junk food, followed by candy and soda. Only a handful of videos featured unbranded unhealthy items like hot dogs, healthy unbranded foods like fruit, or healthy branded items like some yogurts.

The researchers also noted that the videos featuring junk food product placements were viewed more than one billion times. “It was concerning to see that kid influencers are promoting a high volume of junk food in their YouTube videos, and that those videos are generating enormous amounts of screen time for these unhealthy products,” said study co-author Marie Bragg. An observation that leads the researchers to call on authorities to strengthen regulations relating to this kind of advertising, as well as identify new strategies to protect children and public health. NVG