What are resilient cities? 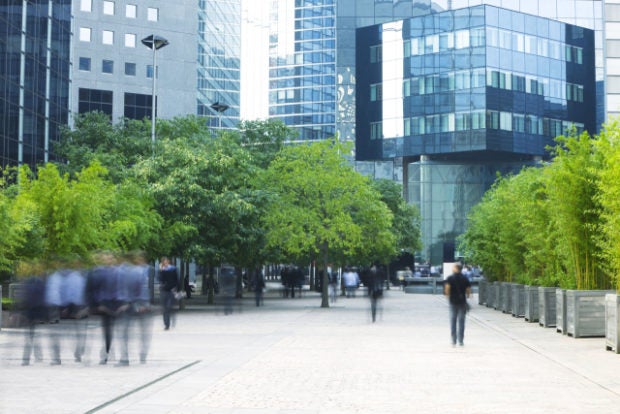 Urban resilience is a concept that originated in the early 2000s. Image: IStock/Bim via AFP Relaxnews.

What do the cities of Barcelona, Durban, Melbourne and Paris have in common? They are all resilient cities. As lockdown measures return to cities worldwide due to the COVID-19 pandemic, the concept, which originated in the early 21st century, seems more relevant than ever.

A variety of dramatic events have seen populations worldwide follow similar patterns: healing their wounds before getting up and carrying on with life. With 20,000 buildings flooded and some 150,000 people affected, the 1910 Great Flood of Paris was a major natural disaster.

In August 2005, Hurricane Katrina was one of the world’s deadliest hurricanes, as well as proving the costliest natural disaster in history for the United States. Since then, Typhoon Haiyan has wreaked havoc in the Philippines, and Hurricane Sandy, Hurricane Irma and more have caused destruction elsewhere. Then there was the 2005 London bombings, the 2015 Paris terror attacks, and the outbreak of the COVID-19 pandemic in China. Faced with all manner of shocks, cities the world over are committing to rethinking their urban environments to better face the realities of a changing world. Welcome to resilient cities.

Resilient cities “have the ability to absorb, recover and prepare for future shocks (economic, environmental, social & institutional),” while also promoting sustainable development, wellbeing and inclusive growth, according to the Organisation for Economic Cooperation and Development.

The need for resilience is pressing, especially considering that some 70% of the world’s population will be living in cities by 2050. But why do cities, in particular, have a role to play? The answer is because they are simultaneously the victims of environmental, social and economic shocks, while also being guilty of contributing to such events. Who is responsible for the majority of carbon dioxide emissions, yet who sees scenes of total devastation when the Earth unleashes its power?

Since the early 2000s, a host of cities have been working on establishing strategies of resilience to prevent and manage such risks. In 2013, The Rockefeller Foundation launched a network of “100 Resilient Cities” — including Paris, France; Melbourne, Australia; Durban, South Africa and Barcelona, Spain — to better manage the consequences of major shocks such as natural disasters, pandemics, mass unemployment, and sprawling slums, among others. This notably involved financial and logistical support to help cities recruit a Chief Resilience Officer, like Sébastien Maire in Paris.

In the French capital, this strategy for resilience has given rise to an action plan that aims to encourage residents to help make the city more inclusive, while also rethinking urban spaces. This includes measures such as supporting the creation of new, local jobs, studying basements and cellars to reduce the risks of structural collapse or flooding, developing the circular economy, promoting local manufacturing and non-monetary exchanges, the implementation of a first-aid training initiative and turning schoolyards into cool zones with gardens and vegetable plots, for example.

Initiatives are multiplying all over the world. While an increasing number of municipal authorities are looking to appoint Chief Resilience Officers, COVID-19 has prompted the establishment of food programs, in New Orleans, for example, where partner restaurants prepare meals that are distributed twice a day to those in need. That concerns some 12,000 residents and this plan of action, it seems, is here to stay. Across the Atlantic, the city of Edinburgh is focusing on a digital strategy to help solve social and environmental problems. A three-year plan was unveiled at the beginning of October to help reduce poverty. CC

Are city folk moving to the countryside after the coronavirus pandemic?