Going electric: How nylon fabric could one day charge your cellphone 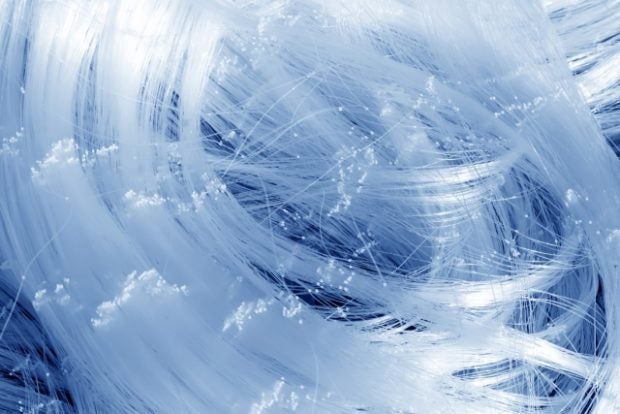 Could it be possible to charge your cell phone from your clothes and body movement? That’s an idea that several engineers in Europe have been working on. Image: IStock/Inzyx via AFP Relaxnews.

Could it be possible to charge your cellphone from your clothes and your body movement? That is an idea that several engineers in Europe have been working on. Now, they have found a way of making nylon-based textile fibers that can produce electricity this way.

Nylon is a plastic material from the polyamide family that is used in all kinds of day-to-day accessories, like stockings, sports apparel and even certain toothbrushes.

The study, published on the Advanced Functional Materials journal on Oct. 23, is based on the idea of piezoelectricity, the phenomenon where mechanical energy is transformed into electric energy by movement. So, if you wear stockings, for example, simply swinging your legs could create enough distortions in the fibers to generate electricity. The study was conducted by researchers from the United Kingdom’s University of Bath, in collaboration with the Max Planck Institute for Polymer Research in Germany and the University of Coimbra in Portugal.

Although the piezoelectric properties of nylon have been known since the 1980s, it is “a very difficult material to handle,” the scientists explained. In its raw polymer state, nylon takes the form of a white powder that can be blended with other materials, natural or synthetic. When it is melted, cooled and then stretched to obtain a particular crystal form, it becomes piezoelectric.

This procedure creates films that are piezoelectric, but this form of nylon is not suitable for making clothing because it is too thick. The engineers tested several ways of getting around the problem, until they found the solution. Instead of melting it, the researchers dissolved nylon powder in an acid solvent and then extracted (using acetone) solvent molecules that were locked inside the materials, preventing the formation of the piezoelectric phase.

Now that they have found a way of making piezoelectric fibers, the scientists hope to use them to make electronic textiles. For example, sensors could be integrated into the fabric to generate power while wearers are on the move. The electricity harvested from the fibers of piezoelectric clothing could then be stored in a battery housed in a garment pocket. This battery would then connect to a device either via a cable or wirelessly.

While the idea may sound surprising in its originality, nylon nonetheless remains a highly polluting material. Its production, in the petrochemical industry, generates high quantities of CO2. Its disintegration is also problematic, since microplastic particles from nylon clothing are released by machine washing, some of which inevitably end up in the ocean. CC