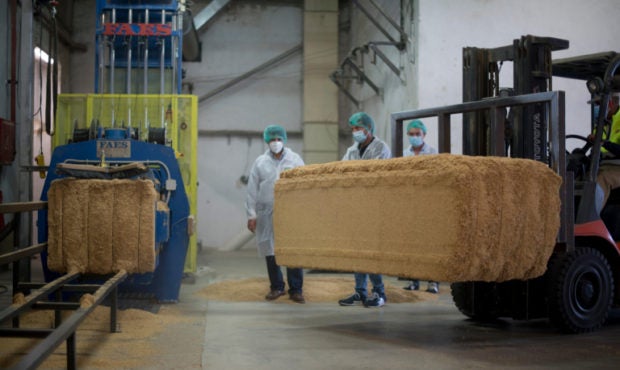 Spanish carmaker Seat is testing car parts made from rice husks as an alternative to plastic for its upcoming models, particularly for interior trims. As well as the ecological dimension, the change would also reduce the weight of its vehicles, in turn reducing their carbon footprint.

The prototype trim elements are currently being made using Oryzite, a renewable and sustainable material made using rice husks.

Over 700 million tonnes of rice are harvested worldwide each year, and around 20% of that, or around 140 million tonnes, consists of rice husks, most of which is disposed of. But what if it was recycled instead? The makers of Oryzite decided to turn rice husks into a new material that can be mixed with other components like polyurethane or polypropylene before being molded.

It is this new raw material that Seat has decided to trial for some vehicle trim elements and parts, such as the rear hatch, the double load floor of the trunk or the ceiling headliner. This makes the parts lighter, reducing the weight of the car and its fuel use, in turn reducing its carbon footprint.

This initiative was presented at the second edition of Seat Innovation Day. Tests are currently underway to check the parts’ rigidity and strength, as well as resistance to heat, cold and humidity.

Seat hopes to be a carbon-neutral company by 2050. JB