A robot wolf is scaring away bears in Japan 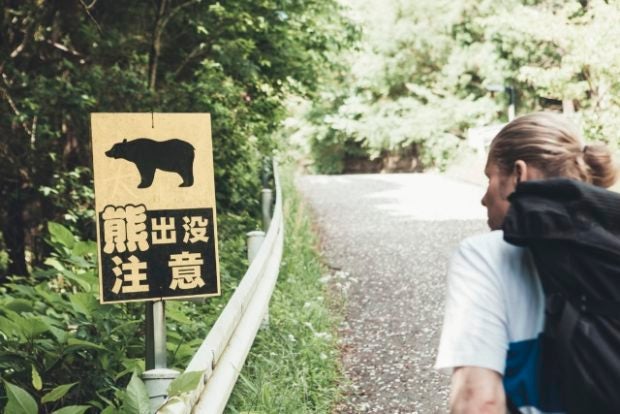 Wild bear attacks have increased in rural Japan, which is why innovative initiatives are seeing the light of day. Image: IStock/visualspace via AFP Relaxnews.

Japanese scientists have created “Monster Wolf,” a robotic scarecrow to deter wild bears around the town of Takikawa, on the island of Hokkaido. National television broadcaster NHK has published a video showing a giant howling robot wolf with red blinking eyes that seems to succeed at scaring humans and animals alike.

Wild bear attacks have increased in Japan, mostly in rural areas in the west and north of the country. And so, understandably, local populations are eager to solve this dangerous problem. Some initiatives may seem preposterous on paper, but why not give them a try if they can protect farmers and local inhabitants?

Monster Wolf is one of these. Equipped with motion detectors, this automated big bad wolf starts moving and growling when someone or something approaches. The robot maker claims that it can produce up to 60 different sounds, comprising firearm and human noises in addition to the wolf sounds. Its red blinking eyes have also proven to deter wild bears in the dark.

It is worth noting that local Hokkaido populations have to resort to robot wolves because the fearsome mammal has disappeared from the archipelago for over a century.

If these test operations work out in Takikawa, other robot wolves will start growling in neighboring towns. Dozens are ready to be delivered, according to Japanese national TV. The initiative has had a successful start as no attacks have been reported since the first machines were set up in the region. CC