Playing a character that looks like you on 'Fortnite'? | Inquirer Technology
Close
menu
search

Will you soon be playing a character that looks like you in ‘Fortnite’? 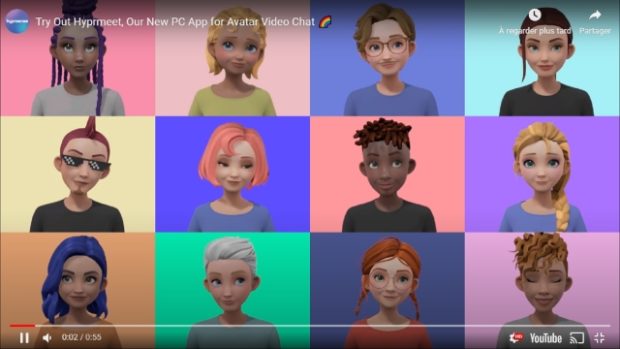 Hyprsense launched its Hyprmeet app in September, enabling users to personalize their avatars on numerous applications including Zoom and Discord. Image: YouTube/hyprsense via AFP Relaxnews.

What if you had a video game that featured an image of you? Video game publisher Epic Games is increasingly focusing on capturing facial expressions. The company behind the success of “Fortnite” has just bought a company specializing in facial motion capture that could be used to customize characters in video games.

Will playing with an ultra-personalized character that looks and moves like you be the future of the “Fortnite” video game? That is what the new acquisition by publisher Epic Games may suggest. The publisher of the successful video game has just acquired the company Hyprsense, which has developed a technology that allows you to transpose your own facial expressions to an avatar simply by using your webcam.

At this time, Epic has not announced plans to use this innovative technology for its popular game. According to Kim Libreri, Epic’s chief technology officer, the new technology may initially be of interest to creators.

“Bringing on the Hyprsense team enables us to continue pushing digital character innovation even further and approach the goal of giving all creators full control over expressing their vision down to the smallest nuance,” he said in a press release on the site of Hyprsense.

Motion capture seems to be a strategic issue for Epic Games. In June, the video game publisher launched a new application on the App Store allowing facial expressions to be recorded through the iPhone’s TrueDepth front camera. Thanks to the Live Link Face application, developers using the Unreal Engine could then more easily transpose this data directly to a character in a video game. CC

Is ‘Inception’ the most likely Nolan film to be shown in ‘Fortnite’?