Out of 45 countries, PH ranks first as most obsessed with social media

MANILA, Philippines — The Philippines ranked first among 45 countries in terms of spending the most time on social media platforms.

A report from online marketplace OnBuy.com revealed that the Filipinos spend an average of 102,054 hours or 4,252 days during their lifetime on social media platforms.

While topping the list for the most social media-obsessed country, the Philippines was at the bottom 10 countries for average life expectancy.

“People from the Philippines may live until 72 [years] on average,” said the data released on Tuesday.

Trailing behind was Colombia with an average life span of 74 years and spends 101,288 hours or 4,220 days scrolling through social media sites.

Meanwhile, Japan was ranked as the country least obsessed with social media.

Despite having an average life expectancy of 85 years, the second-highest among the 45 countries, the Japanese people only spend 20,928 hours or 1,289 days of their lives using social media platforms.

Previous data from research firms like We Are Social and Hootsuite has in fact showed that for years, Filipinos have been among the top social media users worldwide.

In 2018 and 2019, the London-based consultancy We Are Social reported that the Philippines topped the world countries in terms of social media usage.

Last year’s report by the research firms said that Filipinos spend an average of 10 hours and 2 minutes online per day on any device.

A recent analysis also detailed that as of January 2020, there are already 73 million social media users in the country.

The same data explained that the figures increased by 5.8 million or 8.6 percent between April 2019 and January this year.

In September, Social Weather Stations (SWS) survey said that 45 percent of Filipino adults use the internet — about 98 percent or 29.4 million of those have Facebook accounts.

A virtual way to connect during pandemic

OnBuy surveyed 2,153 people from 45 countries including the Philippines.

The current global pandemic caused by COVID-19 restricted the face-to-face interaction of people worldwide. This is why about 66 percent of the respondents said that they use social media to keep in touch with friends and family.

On the other hand, 61 percent use social media to read the news while 54 percent are using it “just to fill spare time.”

The fear of missing out or FOMO is also still prevalent among social media users.

“A scary 30 percent believe that if they don’t use social media daily, they will be missing out on the latest gossip,” OnBuy said.

“[A]n alarming quarter of those surveyed (25 percent) said they have turned down a night out to spend further time on social media instead,” it added. 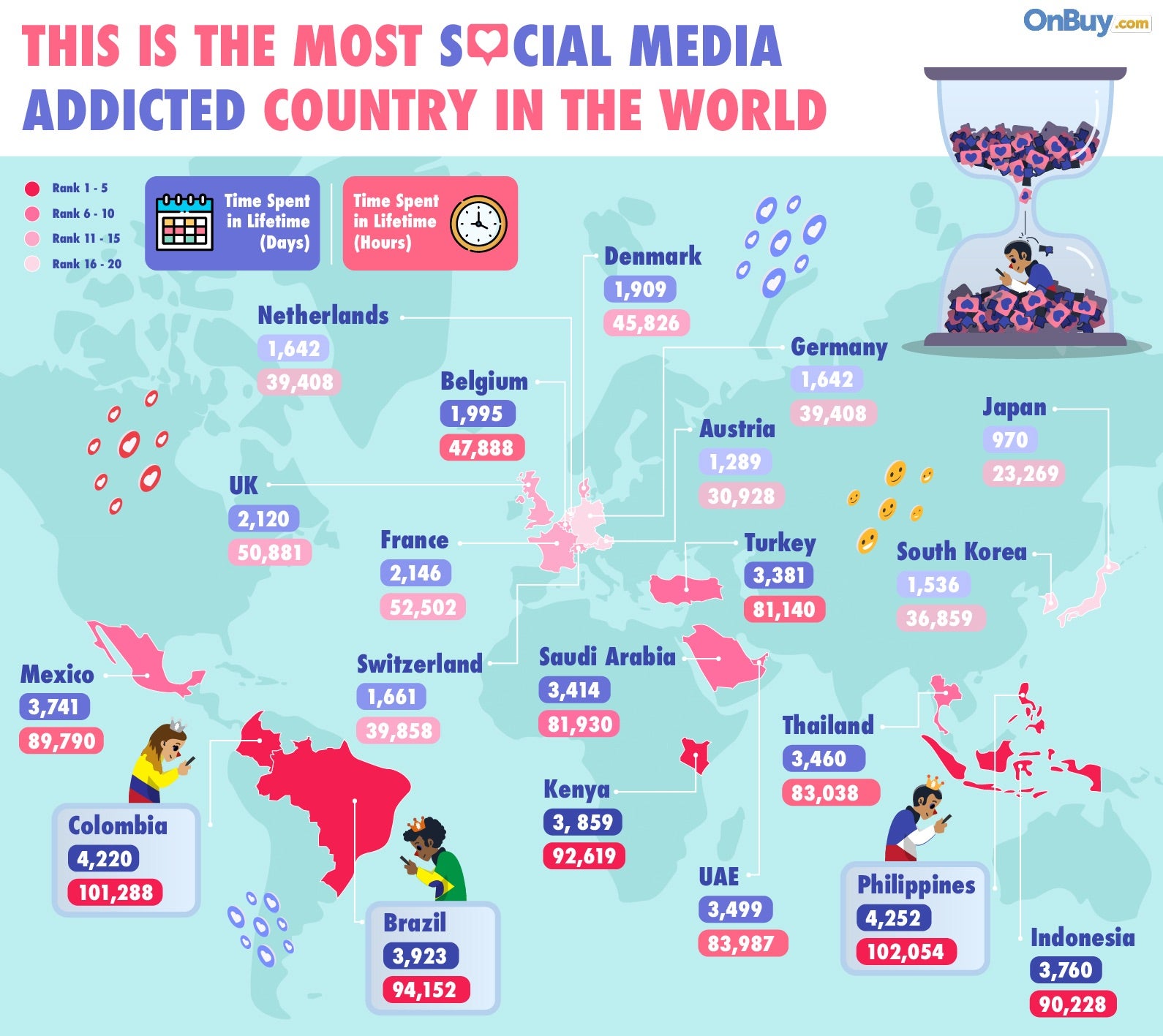