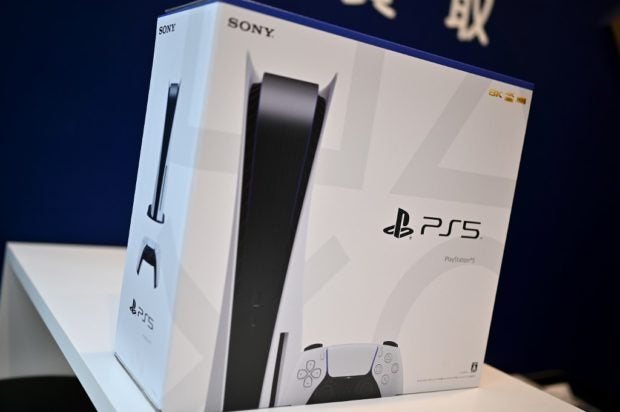 The new Sony PlayStation 5 gaming console is seen for sale on the first day of its launch, at an electronics shop in Kawasaki, Kanagawa prefecture on Nov. 12, 2020. Image: Charly Triballeau/AFP

Not even the COVID-19 pandemic or the cold weather could stop the most avid of gamers from going out to buy the new PlayStation 5.

A young man from Dublin, California, lined up for the PS5 at 8 p.m. on Nov. 25 ahead of the Black Friday sale on Nov. 27, determined to snatch up the Sony console before everybody else, according to ABC7 on Nov. 29.

Tyler Lopez, 20, was the first person at the GameStop in Dublin at the time and took home Friday morning one of just two PS5s that were sold in that location.

Like Lopez, other gamers also arrived hours early with the goal of getting either the PS5 or the new Xbox, as per the report. Due to the cold weather, police officers from the Dublin Police Department went out to bring muffins and hot chocolate to those waiting outside GameStop.

“That was above and beyond,” Rodney, Tyler’s dad, was quoted as saying. “We were pretty cold and pretty tired at that point but it was really nice of them to do it.”

It did not take long, however, for the two PS5s and four Xboxes at the GameStop location to sell out. It was reported that these were all bought out just minutes after the store opened at 7 a.m.

Those who arrived the same morning had no chance of getting their hands on the much-awaited consoles and must wait until stores restock.

“I’m grieving right now,” Mahir Yasar, a gamer who was not able to get a console, said in the report. “I’m in the first stage of grief, which is denial, and I’m convincing myself that there’s something inside the store that I want so it doesn’t feel like a waste of time.”

The PS5 craze has indeed brought disappointment to some gamers. Apart from major US retailers selling out of the console moments after it went on sale, those who were able to order the PS5 from Amazon were dismayed upon the arrival of their deliveries. Instead of receiving the console they ordered, their packages contained a myriad of things, from cat food and a bag of wheat to an air fryer. Amazon, in a statement, has said they are already investigating what happened.