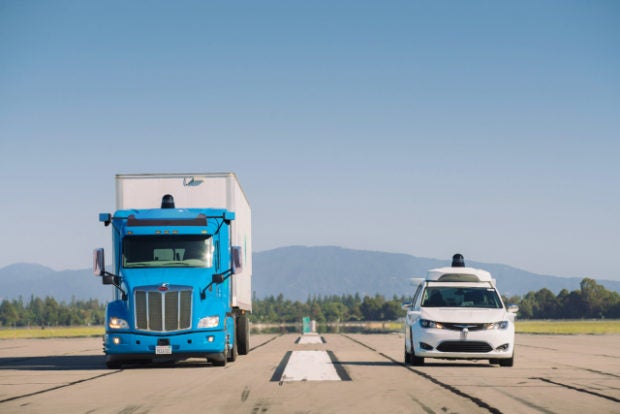 Waymo plans to test all kinds of autonomous vehicles at its new facility in Ohio. Image: Courtesy of Waymo via AFP Relaxnews

Waymo, the autonomous vehicle subsidiary of Google’s parent company Alphabet, plans to reproduce real-world city driving conditions in an artificial environment built in Ohio, United States. This fake city will be used to test autonomous vehicles — driverless cars and trucks — in a variety of urban scenarios.

The project is being built in collaboration with the Transportation Research Center (TRC) on a site situated near East Liberty, Ohio. As well as carrying out driving simulations adapted to the city and the road, Waymo also plans to use the new facility to test its vehicles in all kinds of weather conditions, including snow.

The new site will take the form of a veritable technology campus, and it won’t be Waymo’s only one. The Alphabet subsidiary is also in the final stages of building another site, for research and development, in Menlo Park, California.

Waymo (which started out as a Google Lab X venture) has been working on autonomous mobility for more than 10 years. Currently, the company is testing self-driving vehicles (cars, taxis and trucks) in the states where this is authorized — namely Arizona, as well as California and Nevada. Waymo has already put self-driving taxis on the streets of Phoenix, with the reassuring result of no serious accidents in two years, just 18 minor incidents, most caused by third parties (other vehicles, pedestrians). RGA

Will you soon be receiving a package from a driverless delivery van?