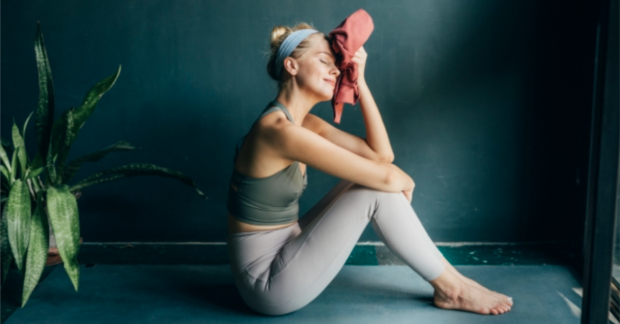 Research suggests that menopause symptoms may be less severe in women with medium to high levels of physical activity. Image: IStock.com/FreshSplash via AFP Relaxnews

Increasing the volume and intensity of regular physical exercise could help combat certain symptoms of menopause, in particular for women experiencing amplified menopause symptoms due to cancer treatments, researchers say.

The research, published in Menopause, the journal of The North American Menopause Society (NAMS), focused above all on women previously treated for cancer. Some cancer treatments — such as radiotherapy, chemotherapy or surgical removal of the ovaries — can lead to the sudden onset of menopause, often accompanied by more frequent and severe symptoms, such as hot flashes, sleep disturbances and mood disturbances.

The results suggest that menopause symptoms are less severe in women with medium to high levels of physical activity than in those with low levels of physical activity. However, the researchers found that the intervention did not appear to play a role in increasing physical activity in women being treated for breast, reproductive, or blood cancers. The scientists also observed that women being treated for breast cancer, for example, who experience worse menopause symptoms, were less likely to engage in health-promoting behaviors.

The research could help encourage exercise training to be considered as part of long-term maintenance programs for women after cancer treatment.

“This study highlights some of the many known benefits of exercise in women with or without cancer. Although exercise was not associated with less bothersome hot flashes, findings consistent with prior studies, it may help with other menopause symptoms, including mood and sleep disturbances,” says Dr. Stephanie Faubion, NAMS medical director. RGA