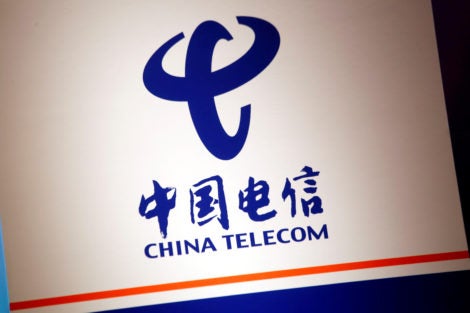 WASHINGTON — The US Federal Communications Commission (FCC) said on Thursday it begun the process of revoking China Telecom’s authorization to operate in the United States as it took further steps to crack down on China’s role in U.S. telecommunications.

The US FCC stressed this as it voted, 5-0, against two China Telecommunications companies.

The FCC, in its latest ruling, ordered the removal of equipment made by a Chinese firm and started a proceeding on whether to continue allowing China Telecom (Americas) Corp.’s to operate in the US.

FCC Chairman Ajit Pai said that aside from the ownership issue, security agencies contend that China Telecom hasn’t complied with cybersecurity and privacy laws, and provides opportunities for Chinese state-sponsored economic espionage and disruption of US communications traffic.

The FCC chair said there are “significant concerns” that China Telecom will be forced to comply with Chinese government’s requests for information, including communications intercepts.

China Telecom Americas did not have an immediate comment.

The FCC in April had warned it might shut down the US operations of three state-controlled Chinese telecommunications companies, citing national security risks, including China Telecom Americas as well as China Unicom Americas , Pacific Networks Corp and its wholly owned subsidiary ComNet (USA) LLC.

The FCC last year barred the use of US subsidies in purchasing communications equipment from ZTE Corp. and another China-controlled telco.

Both companies denied the commission’s allegations that they are security risks. Since then, Congress and other agencies have branded Chinese companies a threat, “so today, we establish ‘rip and replace’ rules” covering equipment removal,” Pai said.

The FCC said it would establish a list of prescribed equipment, and set up a program to reimburse carriers for replacing the suspected China firm gear that will start once Congress devotes an estimated $1.6 billion for that purpose.

The actions, which affect providers that take federal subsidies, aim to implement a law that Congress passed in March. “The record on this is clear,” said FCC Commissioner Brendan Carr, a Republican.

“The Chinese government intends to surveil persons within our borders, for government security, for spying advantage, as well as for intellectual property and an industrial or business edge.”

China Telecom, which has 40 percent stake in Dito Telecommunity, the third telco player in the Philippines, is one of the Big Three providers in China, offering wireline mobile telecommunications and internet access, according to a US Senate report issued in June.

The US Justice Department and other federal agencies in April called on the FCC to revoke China Telecom’s ability to operate in the United States.

In May 2019, the FCC voted unanimously to deny another state-owned Chinese telecommunications company, China Mobile Ltd , the right to provide services in the United States, citing risks that the Chinese government could use the approval to conduct espionage against the US government.

Pai noted the commission “can’t actually implement the reimbursement program unless and until Congress appropriates the necessary funding.”