Facebook goes to war with Apple over targeted ads 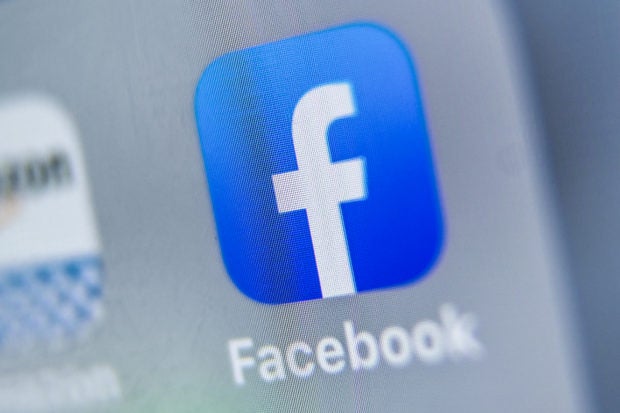 (FILES) This file photo taken on August 28, 2019 shows the logo of US online social media and social networking service, Facebook displayed on a tablet in Lille. – Social networking giant Facebook opened fire on Apple on December 16, 2020, accusing the iPhone maker of cutting merchants off from desperately needed customers with new transparency measures on user data collection.A war between the internet giants started over the latest version of the iOS operating software powering Apple’s mobile devices that comes with a tracking transparency feature which Facebook contends will cripple the ability to serve up targeted ads. (Photo by DENIS CHARLET / AFP)

The dispute between the tech giants centers on changes in the latest version of Apple’s iOS operating software, which include a tracking transparency feature that Facebook claims will cripple its ability to serve up targeted ads.

Many of Facebook’s advertisers are small businesses, and it says it relies on user data to generate ads in ways that make them more relevant and likely to make money.

“This is about control of the entire internet and how they attempt to control personalized advertising,” Facebook vice president of business products Dan Levy said in a conference call.

The social network took out full-page newspaper ads in major markets to make its case, and launched a “Speak up for small businesses” web page.

“It’s already clear that some companies are going to do everything they can to stop the App Tracking Transparency feature… and to maintain their unfettered access to people’s data,” Federighi said.

“We need the world to see those arguments for what they are: a brazen attempt to maintain the privacy-invasive status quo.”

Changes coming in iOS 14, the software that powers iPhones and iPads, include requiring apps to ask users for permission via the tracking feature to collect and share device-identifying data.

That data is then linked with other user and device data to generate targeted ads.

After the change was revealed earlier this year, Facebook said the update would slash revenue for developers relying on its in-app ad network.

Tests found that revenue from the platform that allows Facebook to target ads in apps fell by more than half when personalization was thwarted, the social network explained.

Facebook accuses Apple of wanting to boost sales of services and digital content at its App Store, where it earns a cut of financial transactions, under the guise of promoting privacy.

“We believe Apple is behaving anti-competitively by using their control of the App Store to benefit their bottom line at the expense of app developers and small businesses,” Levy said.

Facebook is supporting a lawsuit filed against Apple by Epic Games over Fortnite being booted from the App Store for sidestepping paying commissions on transactions, according to Levy.

Small business owners participated in the Facebook conference call to explain how targeted ads had helped them survive the pandemic — and how Apple’s move would adversely affect them.

“At the end of the day, we are telling a story, not selling a product,” Hrag Kalebjian said of his family-run business Henry’s House of Coffee in San Francisco.

“We are not a corporation, we are moms and dads,” he added.

“We are busting our butts to make it online, and these changes coming are going to make it harder.”

Monique Wilsondebriano, who founded Charleston Gourmet Burger Company in South Carolina with her husband, said there was “no possible way that our business could be where it is today without personalized ads — no way, hands down.”