Sony pulls Cyberpunk 2077 from PlayStation in blow to CD Projekt 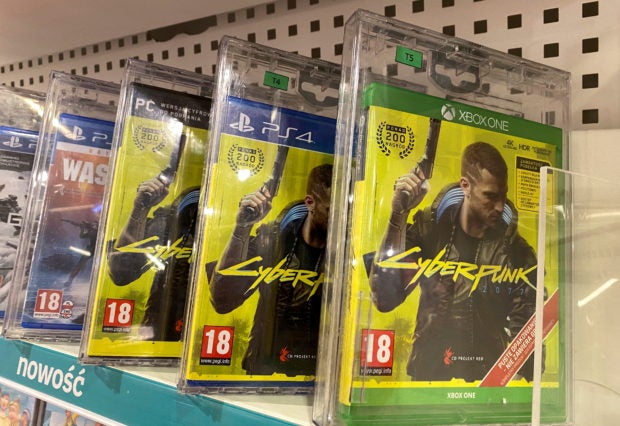 TOKYO/GDANSK —Sony Corp is pulling CD Projekt’s video game Cyberpunk 2077 from its PlayStation Store and offering full refunds after gamers complained it was rife with bugs, sending shares in the Polish firm down as much as 20%.

The unusual move is the latest blow for Poland’s top video game maker, whose shares have tumbled from a record high last week amid fury from disappointed fans and game reviewers who say they had limited access to Cyberpunk before its Dec. 10 launch.

The game, which took eight years to develop and features Hollywood star Keanu Reeves, takes place across a detailed futuristic city where players take the first-person perspective of a mercenary outlaw known as V.

The backlash against the repeatedly delayed game has led to hand-wringing over the hype around new titles, the complicity of reviewers in promoting games and the working environment for rank-and-file developers ahead of release dates.

CD Projekt, whose shares were down 17% at 1025 GMT, said the suspension was temporary and it was working hard to bring Cyberpunk 2077 back to PlayStation Store as soon as possible.

Sony Interactive Entertainment said in a statement on its website that it had taken the decision to offer full refunds to ensure a high level of customer satisfaction.

“We are highly disappointed by the information, which shows that the game was just not ready to debut in December and the decision to launch it was a big mistake,” said Kacper Kopron, an analyst at Trigon DM brokerage.

The move risks squandering goodwill from fans that CD Projekt has built up over many years and the company promised to fix the bugs with updates.

CD Projekt Chief Executive Adam Kicinski said on the day Cyberpunk was launched that the company would have preferred fewer bugs in the game but it did not consider delaying its debut for a fourth time.

“The suspension of Cyberpunk 2077’s digital distribution via PlayStation Store is temporary,” Kicinski said in an emailed statement to Reuters on Friday.

“Players who purchased from this store will still be able to play Cyberpunk, as well as receive support and any game updates that we will share,” he said. “At the same time, players can still purchase the boxed version of the game for PlayStation.”

Kicinski said CD Projekt was not in talks with Microsoft about a possible withdrawal of the console version of the video game from the U.S company’s Xbox platform.