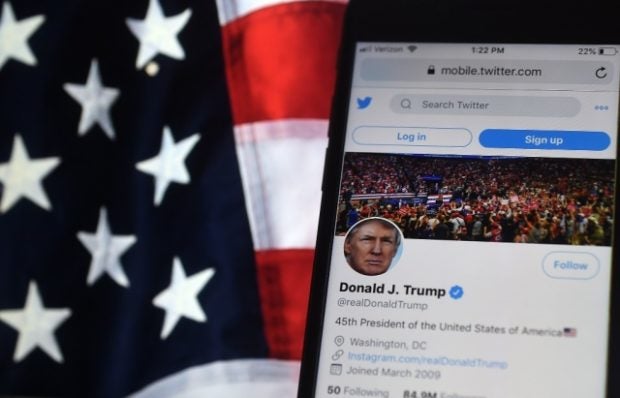 Donald Trump will once again become an ordinary Twitter user after Joe Biden’s inauguration as the 46th President of the United States. Image: AFP / OLIVIER DOULIERY

When it comes to Twitter, United States President-elect Joe Biden will have to start from scratch to accumulate followers. The social network has announced that it will remove all followers from the @POTUS account (“President Of The United States”), held by the current U.S. president — a decision that contrasts with the social network’s historical policy.

In 2021, Twitter is determined to wipe the slate clean. The social network will not transfer the 33.2 million subscribers to “@POTUS” after Joe Biden’s inauguration on Jan. 20, 2021, noted Rob Flaherty, Biden’s digital manager, on his Twitter account.

In 2016, the Trump admin absorbed all of President Obama's Twitter followers on @POTUS and @WhiteHouse — at Team 44's urging.

In 2020, Twitter has informed us that as of right now the Biden administration will have to start from zero. https://t.co/wj1R02SmiK

The measure will also be applied to other official U.S. government accounts. The Twitter account of the White House, “@WhiteHouse,” that of the vice president, “@VP,” held by Mike Pence and “@FLOTUS” (“First Lady Of The United States”), the account of the first lady of the country, will also be reset to zero. These currently have 26 million, 10.3 million and 16.4 million followers respectively.

Three other official governmental accounts will also be affected by this deleting of followers with the Spanish-language White House account, “@LaCasaBlanca,” that of the “@Cabinet” which shares the latest information from the administration in place, and the one used by the White House spokeswoman “@PressSec”. These are less important accounts in terms of “followers,” but which still gather around 169,000 thousand, 183,000 and 6.3 million users, respectively.

The Wall Street Journal reported that this decision seems to have ignited a rift between Biden’s new administration and Twitter. After the inauguration of Trump in 2017, Twitter had nevertheless kept the subscribers of all these accounts without keeping the tweets published by the administration of Barack Obama.

For the moment, Twitter has not explained this choice, which differs from its previous actions.

According to a Twitter spokesperson, all subscribers to these different accounts will receive a notification alerting them that these Trump-era accounts will be archived. They will also be given the opportunity to follow the official accounts of Biden’s new administration.

Trump’s four-year president’s account will be archived, as was Obama’s, under a new username “@POTUS45.” CC