Putting python on the menu in Florida? 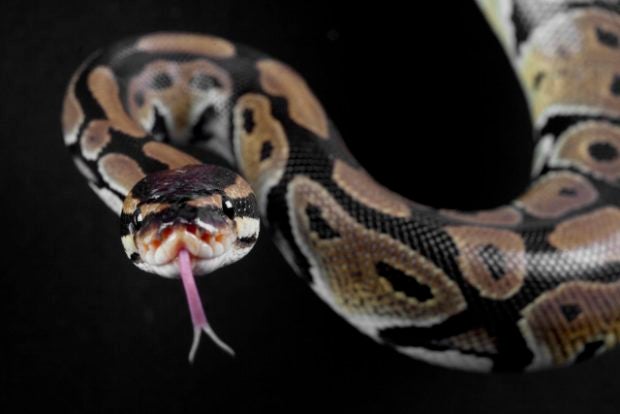 The Burmese python has become an invasive species in Florida, particularly in the Everglades National Park. Image: Getty Images / monicadoallo via AFP Relaxnews.

Putting Burmese python on the menu is one solution envisaged by two American agencies in an attempt to remove this species of snake, one of the world’s biggest, from the wild in Florida. And this is no joke. Samples from the snakes are currently being analyzed to determine whether they contain levels of mercury safe for human consumption.

Burmese pythons, which can be several meters long, have invaded southern Florida —  particularly the Everglades — and are now threatening the natural ecosystem.

The problem is so big that the Florida Fish and Wildlife Conservation Commission and the South Florida Water Management District has launched a program encouraging residents to remove and kill the snakes humanely. The initiative has already helped remove some 6,000 pythons from the Everglades.

But now, some of the Burmese reptiles might end up on the menu at a host of restaurants, reported CNN on Dec. 22. It just remains to be seen if Burmese pythons are safe for human consumption, and that is what the Florida Fish and Wildlife Conservation Commission and the Florida Department of Health are now investigating. The two agencies are currently working hand-in-hand to determine whether levels of mercury found in the snakes are low enough to ensure no risk to human health.

Mercury is naturally present in the environment, particularly in the Everglades. While those behind the study suspect that the results might discourage people from eating pythons, if they can confirm that the snakes can be safely consumed, this could nevertheless prove an effective means of controlling their population.

Donna Kalil, one of the program’s python hunters, told CNN that python meat can be “quite delicious” when cooked in a pressure cooker and added to pasta sauce, chili or a stir-fry.

The fight against Burmese pythons is serious business in Florida. Present in the Everglades since the 1980s, the snake was introduced by humans, or possibly released into the wild when its import was outlawed. The pythons then reproduced very quickly, to such an extent that they now pose a major risk to natural fauna and native mammals, while also scaring tourists. CC