As vaccines are rolled out, questions remain 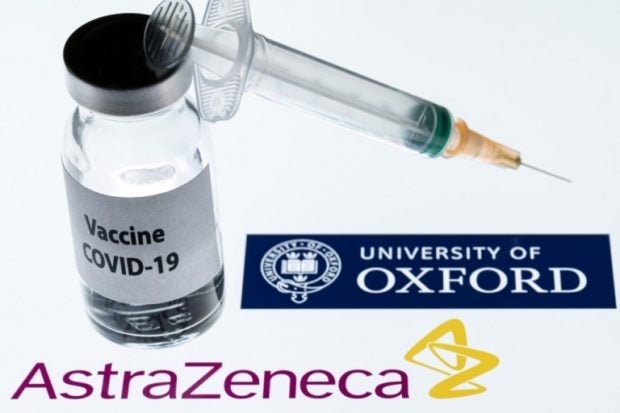 The AstraZeneca-Oxford vaccine is the least expensive at around €2.50 per dose. Image: AFP/Joel Saget

European countries are following the United States, Britain and a handful of other countries to begin rolling out coronavirus vaccines.

As the rapid development and approval of drugs has been hailed the world over, questions remain about the availability, effectiveness and side effects of the jabs.

It usually takes roughly 10 years to develop and market a new vaccine, but the process was vastly accelerated for COVID-19.

A vaccine developed by the American company Pfizer and the German company BioNTech was approved for use in Britain on Dec. 2. Thousands of older people have since received the first dose.

A total of 16 countries and the European Union have given the green light to the Pfizer-BioNTech vaccine.

The United States Food and Drug Administration granted emergency authorizations to the Pfizer-BioNTech drug and another jab from the American company Moderna.

Russia began vaccinations on Dec. 5 with its domestic drug Sputnik V, which is still in its third phase of clinical trials. China has already given the go-ahead for emergency use of some of their vaccines, even though none have yet been formally approved.

A total of 16 vaccines are in the final stage of development, including those already on the market, the World Health Organization says.

What is the EU’s roll-out timetable?

Vaccinations can begin from Sunday following approval of the Pfizer-BioNTech jab by the European Medicines Agency (EMA).

Each member country will take the lead in defining their priorities with the rollout.

Which vaccine is most effective?

Since Nov. 9, four manufacturers have announced that their vaccine is effective: Pfizer-BioNTech, Moderna, the British alliance AstraZeneca-University of Oxford, and the Russian state institute Gamaleia.

These announcements are based on phase 3 clinical trials that involve tens of thousands of volunteers.

However, detailed and validated data are available only for the Pfizer-BioNTech and AstraZeneca-Oxford drugs.

The scientific journal The Lancet confirmed on Dec. 8 that AstraZeneca’s vaccine was 70% effective on average.

The FDA confirmed the Pfizer-BioNTech vaccine at 95% efficacy, with Moderna claiming 94.1% for its drug. Russia claims a 91.4% efficacy for its Sputnik V vaccine.

The AstraZeneca-Oxford vaccine is the least expensive at around €2.50 per dose. The vaccines from Moderna and Pfizer/BioNTech have a logistical handicap, as they can only be stored over the long term at very low temperatures (-20° Celsius for the former, -70°C for the latter).

What are the side effects?

Experts insist that with clinical trials carried out on tens of thousands of volunteers, any major risk would have already been detected. But rarer side effects, or those affecting specific patient profiles, cannot be ruled out.

According to the FDA, the Pfizer-BioNTech vaccine can result in painful reactions on the arm where the injection is made. Other undesirable side effects include fatigue, headaches, cramps, and more rarely, fever.

The most important is the long-term efficacy.

Penny Ward of King’s College in London said key questions were how long would protection last and could the virus eventually mutate and no longer be covered by the vaccine?

Another crucial question is whether the vaccines act differently in populations most at risk, starting with elderly people who are more likely to develop a serious form of COVID-19.

It also remains to be seen whether these vaccines block the transmission of the virus, and also reduce the severity of the disease in those who have received the jab.

Is the vaccine less effective against the new strain?

European Union experts believe that the current vaccines against COVID-19 remain effective against the new strain of the virus detected in Britain and elsewhere, which is thought to be more infectious.

“At the moment there is no evidence to suggest” that the Pfizer-BioNTech vaccine “is not effective against the new variant,” the European Medicines Agency said.

Co-director of the German laboratory BioNTech, Ugur Sahin, echoed that message, adding that his company would in any case be in a position to provide a vaccine for a new strain of COVID-19 within six weeks. JB

Over 24,000 people volunteer to be infected with coronavirus to speed up vaccine development