Phones sold with no charger: Why is this a trend? | Inquirer Technology

Smartphones sold without a charger: Why is this a trend? 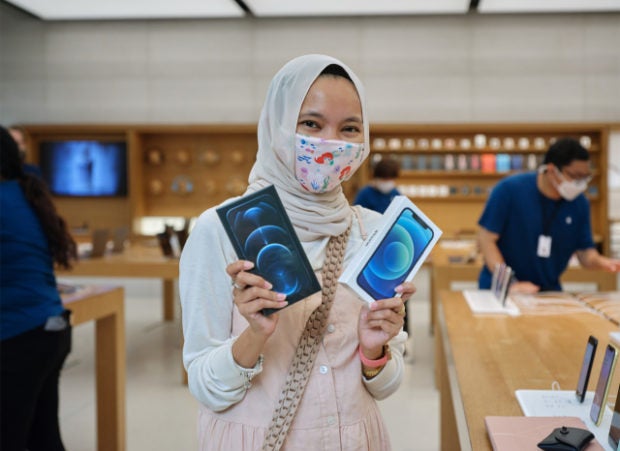 Apple was the first brand to sell a smartphone (the iPhone 12) without a charger. Image: Apple via AFP Relaxnews.

After having made fun of Apple and its iPhone 12 sold without a charger, Xiaomi and Samsung are following suit. The Asian smartphone makers are limiting their costs while trying to limit their impact on the environment. The upcoming Xiaomi Mi 11 and Samsung Galaxy S21 will be sold without chargers.

The first smartphone maker to follow in Apple’s footsteps is Chinese brand Xiaomi. Founder Lei Jun confirmed a rumor on social network Weibo that the next Mi 11 will be sold in a thinner and lighter package, without a charging cable. South Korean giant Samsung also confirmed that it was embarking on the trend with its upcoming Galaxy S21.

The decision is primarily motivated by environmental concerns. Loyal clients of a brand can reuse their old charger with their most recent phones, while new users will still be able to buy the chargers like any other accessory.

The goal is to limit the number of unused chargers piling up. It is also a way to save money, for brands as well as for users, who can purchase smartphones for a little cheaper. With lighter packaging, makers also save money on shipping and storage, while limiting their carbon footprint with less waste production.

With close to two billion smartphones sold every year worldwide, such a decision could have positive consequences on the environment if every maker does the same. CC