Howling into the void? US wolf recovery endangered by Trump 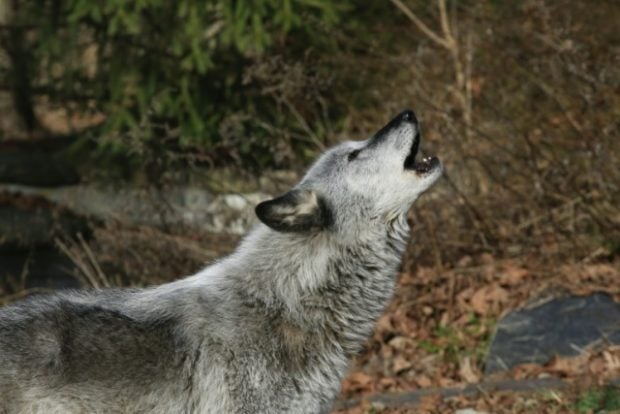 They thrive at teamwork, fight for their homes and cherish their families above all else.

It is sometimes said there is no animal on Earth more like humans in their social behavior than wolves.

But the iconic species, long a symbol of the free spirit of the American wilderness, could soon be imperiled because of a decision by United States President Donald Trump’s government to end protections that brought them back from the brink of extinction.

“Wolves right now have only recovered in about 10 percent of their historic range,” Maggie Howell, executive director of the Wolf Conservation Center in upstate New York told AFP.

Historically, when states have fought to loosen safeguards, hunting and trapping has quickly followed, she said.

Now conservationists fear for the roughly 6,000 gray wolves in the lower-48 states when the new rule takes effect in January.

A quarter of a million wolves once roamed from coast to coast before European settlers embarked on campaigns of eradication that endured into the 20th Century.

Howell cups her hands around her mouth and lets out an “Ahwooo!”

Three adult wolves — Alawa, Zephyr and Nikai — answer in unison, their spine-tingling howls seeming to multiply in the air, creating the impression of a much larger pack.

The trio are the center’s “ambassadors,” vital to educating visitors.

Brown and gray Alawa, meaning “sweetpea” in the native Algonquin language, has a temperament that matches her name and seeks out human attention like a family dog.

Their goings-on can be followed 24/7 on webcams and on social media, where they have hundreds of thousands of fans.

The 32-acre (13-hectare) center also houses around 40 of their critically endangered cousin species: the Mexican gray wolf, which numbers just shy of 200 in the wild, and the smaller red wolf, of which only eight tagged animals remain outside captivity.

In October, the U.S. removed gray wolves from the Endangered Species Act, where they were first listed in the 1970s when their numbers fell to around 1,000.

Normally, a delisting decision is a welcome sign of a robust recovery.

But in this case, government commissioned independent experts questioned the scientific rationale and conservationists slammed the move as a devastating giveaway to hunters and ranchers.

Minnesota, Michigan and Wisconsin could all quickly resume hunting, which they were blocked from doing by a 2014 court order— and wildlife groups estimate hundreds of wolves could be killed a year.

Rick McIntyre, a veteran national park ranger and author of “The Rise of Wolf 8,” told AFP that vilification of the apex predator started with the arrival of Europeans in the 1600s.

By contrast, Native Americans lived alongside wolves in harmony for thousands of years, revering them in their mythology.

They also recognized their wider ecological importance, as shown in the Keewatin proverb: “The caribou feeds the wolf, but it is the wolf who keeps the caribou strong.”

Research has confirmed the wolf’s importance in thinning over-browsing herds of elk, which in turn prevents destruction of habitat.

McIntyre has spent decades documenting wolf behavior, particularly at the Yellowstone National Park, where they were eliminated in the 1920s before being reintroduced in 1995.

He found that wolf packs begin when a male disperses from his birth family to strike out on his own.

Litters are typically four or five pups and when these grow to be “yearlings,” they begin an apprenticeship, honing their hunting skills by watching their elders while learning how to take care of the pups — much like human teenagers babysitting.

Wolves start their days with warm displays of affection with their pack members, bond through extended bouts of play and have highly-individualized personality types.

Cooperation is key to survival as their prey, from pronghorns to bison, are often many times larger than wolves, who typically weigh around 80 to 90 pounds in adulthood.

During their studies at Yellowstone, McIntyre and colleagues found that, contrary to previous beliefs about male leadership, it’s the alpha female who decides where the pack dens, where it travels and what it hunts.

“I jokingly sometimes say that’s a pretty good indication of their intelligence,” he said.

While the gray wolves have regained some ground, the Mexican grays and reds, which both went extinct outside captivity before being reintroduced, are in a far more tenuous position.

The Wolf Conservation Center participates in a federal program which aims to recover lost genetic diversity through managed breeding, and eventually allow some to resume their rightful place in the wild.

The staff have ways to feed these wolves their roadkill diet without allowing them to know humans were involved because habituating to people could prove deadly in the real world.

A few weeks ago, the center sent out two young reds to be paired with potential mates in Tennessee and Minnesota.

“It’s always sad for us to say goodbye to them,” she said.

“But knowing that they’re going to breed, that’s got to be exciting for them. Growing up, leaving mom and dad, they can be the boss. So we wish them well.” CC