Neurologists confirm the dangers of neck restraints during arrests 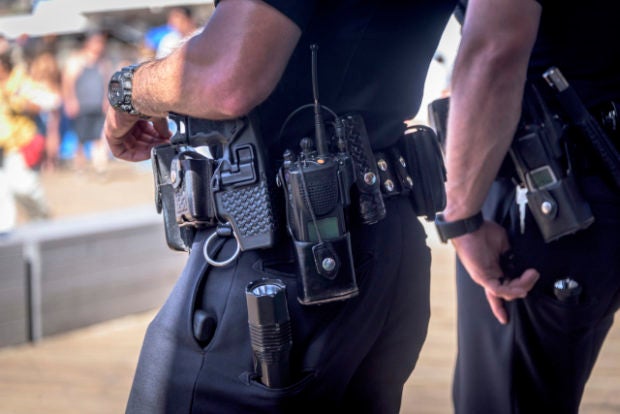 The use of strangleholds during arrests is not medically justified and is even dangerous, according to a team of American neurologists. Image: Juanmonino/Istock.com

Neck restraints, used by police forces in the U.S.A. and elsewhere, have been at the center of controversy surrounding police brutality this year. Unlike what some people might think, their use is not medically justified and is even dangerous, according to a team of American neurologists.

Controlling a suspect with a stranglehold: the image of a U.S. officer pressing his knee on George Floyd’s neck for eight long minutes, resulting in his death, triggered worldwide demonstrations against police brutality last May.

Recently banned, unless the officer is in danger, in several countries including the U.S.A., the arrest technique is still being taught to police officers, even though it can be lethal.

The method of restraint was criticized by three American neurologists in a paper published on December 28 in JAMA Neurology.

“Some police departments in the United States continue to teach officers that neck restraints are a safe method for controlling agitated or aggressive people, but that’s a dangerous myth,” said the authors of the viewpoint paper.

When neck restraints are performed by pressing a knee or an arm on the carotid artery, they compress the two large blood vessels on either side of the neck, and temporarily render the person unconscious by reducing blood flow to the brain. But this method does not have solid medical grounding, according to the authors.

“What shocked me most was that much of the literature supporting these techniques hides behind medical language, but lacks a real understanding of the pathophysiology of the significant harm they cause to an individual. As neurologists, we are taught that ‘time is brain,’ because there’s such a rapid loss of human nervous tissue when the flow of blood and oxygen to the brain is reduced or stopped,” noted Dr. Altaf Saadi, MD, neurologist at Harvard Medical School, co-author of the review.

In their paper, the doctors note that compressing the carotid can result in a stroke, seizure and even death. The authors call for the creation of a system for reporting the use of such neck restraints by police forces, including how often the technique is used and if it results in death or disability.

“It’s in the public’s best interest to have this data,” says Dr. Saadi. She believes that increasing awareness about the impact of neck restraints could help curb their use. Ultimately, she adds, there is no medical justification for neck restraints in policing. NVG