Facebook said it would block U.S. President Donald Trump’s accounts for at least the next two weeks and perhaps indefinitely with CEO Mark Zuckerberg saying the risks of allowing him to use the platform were “simply too great.”

The block by Facebook, which was joined by live-streaming platform Twitch and photo-sharing service Snap Inc, is the most significant sanction of the president by a major social media company.

White House spokesman Judd Deere said “Big Tech” had censored the president at a critical time for the country.

“Big Tech is out of control,” he said.

Tech giants have been scrambling to crack down on the president’s baseless claims about the Nov. 3 U.S. presidential election after hundreds of Trump supporters stormed the U.S. Capitol in unrest that resulted in four deaths.

“The shocking events of the last 24 hours clearly demonstrate that President Donald Trump intends to use his remaining time in office to undermine the peaceful and lawful transition of power to his elected successor, Joe Biden,” Zuckerberg said in a Facebook post on Thursday.

He said the action on Trump’s Facebook page, which has 35 million followers, would last at least until President-elect Joe Biden takes office on Jan. 20 and would also apply to Facebook-owned Instagram.

Zuckerberg had faced calls the day prior, including from some of his own staffers, to take more severe action against Trump’s account.

At an all-hands meeting on Thursday, Zuckerberg told employees he considered it important political leaders “lead by example and make sure we put the nation first.”

“What we’ve seen is that the president has been doing the opposite of that and instead fanning the flames of those who think they should turn to violence to overturn the election outcome,” he said, according to audio of the remarks heard by Reuters.

Social media companies have been under pressure to police misinformation about the U.S. election on their platforms, including from the president. Trump and his allies for months have amplified baseless claims of election fraud and the president told protesters to go to Capitol Hill, with both Republicans and Democrats saying he was responsible for the resulting violence.

Twitter temporarily locked Trump’s accounts on Wednesday. Twitter said its freeze of @realDonaldTrump, which has more than 88 million followers, would last until 12 hours after Trump removes three tweets. A Twitter spokesman confirmed that Trump had deleted the tweets, which were already hidden. He did not say when the removal took place. Trump has not tweeted since the lock.

Amazon.com Inc’s Twitch also said on Thursday it had disabled Trump’s channel due to the “extraordinary circumstances and the president’s incendiary rhetoric.” A spokeswoman said it would reassess Trump’s account after he leaves office.

E-commerce platform Shopify also said on Thursday it was shutting down service for stores affiliated with Trump for violations of its “acceptable use” policy, prompting e-commerce sites for both the campaign and the Trump Organization to go offline. 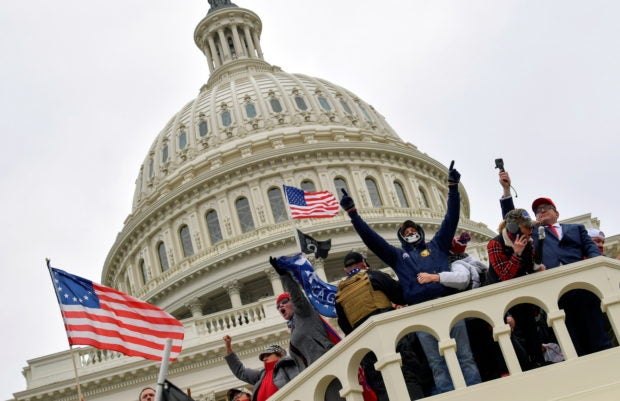 Facebook’s decision follows bans in recent years of some government officials in India and Myanmar for promoting violence. A Facebook spokesman said the company had never before blocked a current president, prime minister or head of state.

In a video posted to Facebook, Twitter and YouTube on Wednesday, which was later deleted by the platforms after garnering millions of views, Trump repeated election fraud claims as he told protesters to go home.

Civil rights groups including Color of Change have called for social media companies to permanently ban Trump from the platforms, where he has repeatedly violated policies.

The Anti-Defamation League praised Facebook’s move, calling it “an obvious first step,” while the NAACP in a statement said the move was a “long overdue” gesture that “rings hollow.”

Facebook has drawn criticism for exempting politicians’ posts and ads from its third-party fact-checking program and repeatedly said it does not want to be “the arbiter of truth.” The company has in recent months started labeling some of Trump’s statements but faced questions about why it had not acted sooner against violent rhetoric that proliferated in the past few weeks as organizers planned the rally online. 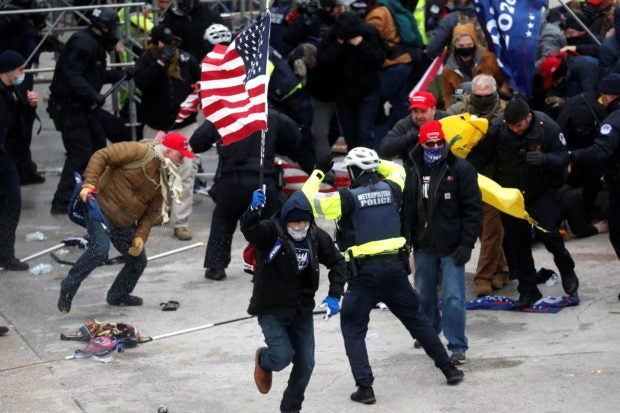 Democratic Representative Bennie Thompson, who chairs the House Homeland Security Committee, said in a statement he was “deeply frustrated that it took a group of domestic terrorists storming the Capitol” for Facebook to take action and wondered “if the decision was an opportunistic one, motivated by the news of a Democratically controlled Congress.”

Democratic Senator Mark Warner, incoming chairman of the Senate Select Committee on Intelligence, said he was glad social media was cracking down on Trump’s false claims but the actions did not go far enough.

“These platforms have served as core organizing infrastructure for violent, far right groups and militia movements for several years now – helping them to recruit, organize, coordinate and in many cases (particularly with respect to YouTube) generate profits from their violent, extremist content,” he said in a statement.

YouTube, which is owned by Alphabet Inc’s Google, said Thursday any channel that posts videos with false claims about the election results will be temporarily restricted from uploading or live streaming.

YouTube did not respond to a question about whether it would ban Trump’s account in the same manner as Facebook, while a Twitter spokesman said it was continuing to “evaluate the situation in real time, including examining activity on the ground and statements made off Twitter.” He said Twitter would inform the public if an “escalation” in its approach was necessary.