Why vaping may not cut the risk of cardiovascular disease 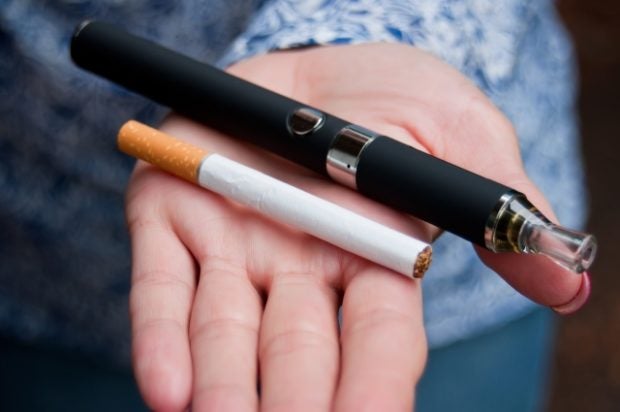 A vape and a traditional cigarette. Image: Getty Images/Neydtstock via AFP Relaxnews

Starting vaping without giving up smoking traditional cigarettes may not be of any benefit to health.

So suggests a new study from researchers in the United States, who state that using e-cigarettes in combination with regular cigarettes may not cut the risk of cardiovascular disease.

Researchers from the Boston University School of Public Health used data on 7,130 participants from the first wave (2013 to 2014) of the Population Assessment of Tobacco and Health (PATH) study to find out more about the effects of vaping on cardiovascular health. In fact, little data exists on the subject. Since the effects of this kind of exposure cannot be measured short term, the scientists instead looked for cardiovascular inflammation and oxidative stress, biomarkers that are known predictors of cardiovascular events such as heart attacks and heart failure.

This is an important observation, since the scientists state that an estimated 68% of people in the U.S. who vape also smoke regular cigarettes.

The researchers admit that they were not expecting to discover that participants who only vaped would have results similar to non-smokers, although they caution that exclusive e-cigarette use was rare in the study sample. They therefore call for additional research in the field.

Stokes also reminds e-cigarette users that: “a variety of harmful or potentially harmful constituents have been found in e-cigarette aerosols-such as volatile organic compounds, polycyclic aromatic hydrocarbons, and metals — albeit with lower concentrations compared to cigarettes, so using these products is not without risks.” RGA