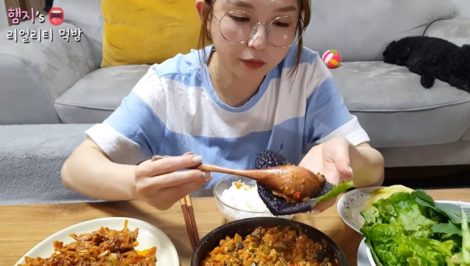 SEOUL — As popular Chinese YouTubers create videos implying Korean foods such as kimchi and ssam are Chinese dishes, Koreans have decided to take a stand in the name of Korea’s food culture.

A Chinese agency for popular mukbang, or “eating shows,” terminated its contract with Korean YouTuber Hamzy on Sunday after she said that kimchi and ssam were both Korean dishes. 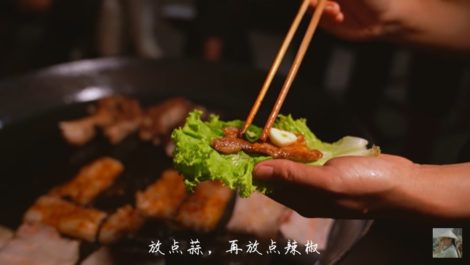 China also has its own way of eating the vegetable wraps — as do many cultures in Asia — but the way Dianxi Xiaoge had eaten meat with hot pepper and garlic in a lettuce wrap largely resembled Korea’s ssam culture. His caption on the video read, “I’ll continue to share my life and Yunnan-styled food in my uploads.”

Hamzy had “liked” one of the comments on her video that said, “Ah, after seeing this video, I am angry again. Chinese punks are now saying ssam is their traditional culture.” The comment was made in reference to Dianxi Xiaoge’s video.

When this comment was translated to Chinese and posted on China’s Twitter-like social media Weibo, the word “punk” was translated as a much harsher swear word. Hamzy apologized for the miscommunication through a Weibo livestream, and in response to a viewer’s question, reiterated that she thought that ssam and kimchi were “of course, Korean food.”

Her response triggered a second round of controversy, eventually leading to the termination of her contract with her Chinese agency. The company stated that Hamzy had insulted China.

“If the Chinese are angry at me because of the miscommunication and derogatory words against Chinese people on my channel, I should apologize,” Hamzy wrote on her YouTube page on Monday, after her Chinese agency’s announcement. “But if I have to say kimchi is Chinese food in order to work in China, I will not work there.”

Kimchi has been part of an ongoing issue between the two countries. 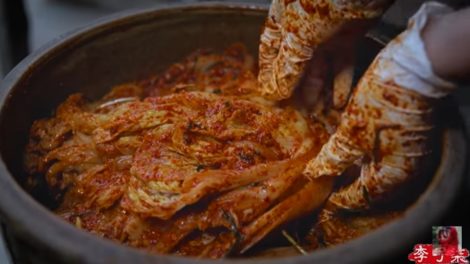 In November, the Global Times, the Chinese Communist Party’s mouthpiece, falsely claimed it had received an international industrial standard for making kimchi with the certification of pao cai — China’s pickled vegetable dish. However, the certification from the International Organization for Standardization clearly stated the standards do not apply to kimchi.

One of the most popular Chinese YouTubers, Li Ziqi also angered Koreans earlier this month when she uploaded a video of herself making what appears to be kimchi with the hashtags #ChineseCuisine and #ChineseFood. While some online claimed it was pao cai, which differs from kimchi in the preparation method and ingredients, the choice of ingredients and preparation method shown in Li’s video were very similar to that of kimchi.

The Central Political and Legal Affairs Commission of the Communist Party of China also weighed in on the matter, posting a comment on its WeChat account on Jan. 13 in response to the incident.

“The kimchi appropriation controversy in Korea happened because Korea lacks cultural pride,” the post said. “Korea argues for each incident because they don’t trust themselves and are restless. If there is no confidence, suspicion increases and all kinds of delusions arise.” 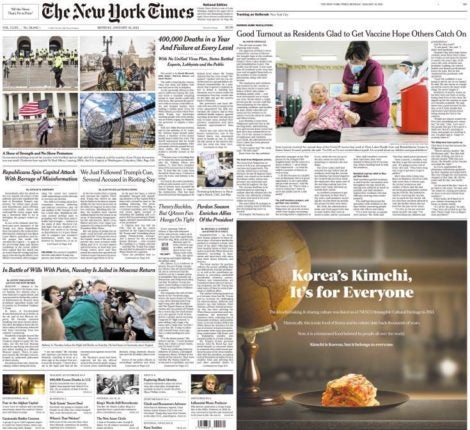 Meanwhile, Seo Kyoung-duk, a professor of Sungshin Women’s University who is known for his active promotion of Korean culture overseas, placed ads in both the US and international editions of the New York Times on Monday, showing a photo of kimchi with the caption: “Korea’s Kimchi, it’s for Everyone.” The half-page ad also briefly lists the history of kimchi.

“In preparing this advertisement, I discussed with many advertising and kimchi experts. Rather than responding to each one of China’s ‘kimchi appropriation,’ I wanted to tell the accurate facts of kimchi in a concise way to the people around the world,” Seo posted on social media on Tuesday alongside the page from the New York Times with the ad. The ad was made possible with a sponsorship from an organization, he said without elaborating.