How to tell a liar from their voice 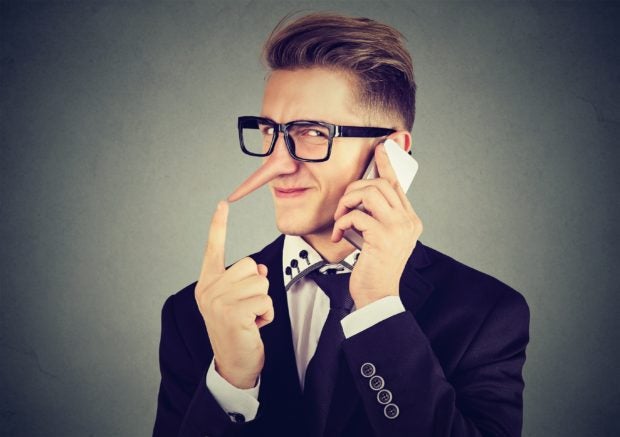 It’s possible to spot a liar just from their voice, research suggests. In fact, the pitch, rate and intensity of someone’s speech can help us deduce whether a speaker is honest and sure of what they’re saying, or whether they’re lying, according to a study from the French National Center for Scientific Research, CNRS. Image: SIphotography / Getty Images

Can you tell whether someone’s lying just from their voice? Apparently so, according to research carried out by scientists at the Science and Technology for Music and Sound Laboratory and the Perceptual Systems Laboratory. The study is published in the journal Nature Communications, Monday, February 8.

Through a series of experiments, the CNRS researchers — in collaboration with the IRCAM institute for the research of music and sound, Sorbonne Université, the ENS-PSL research university and the French Ministry of Culture — explored how we decide whether someone is honest and authentic based on their voice.

The melody of someone’s voice — or what the researchers describe as “prosody” — can convey “information on the truth — value or certainty of a proposition.” In other words, depending on the intensity, tone and rate of someone’s speech, the brain apparently recognizes whether the message would tend to be true or not. And, according to the researchers, this specific nature of prosody was perceived similarly in a number of languages (French, English, Spanish). It appears to be innate to the human brain, which automatically processes and records the information.

“[E]ven when participants were not judging the speaker’s certainty or honesty, this characteristic sound impacted how they memorized the words,” the researchers note.

So what does an honest voice sound like? According to the scientists, it has a particular signature: “high pitch that falls at the end of the word, intensity in the middle of the word, and fast speech rate.” To illustrate this, the CNRS gives examples of the kinds of vocal melodies that convey honesty and certainty in a speaker.

The first example is that of a word pronounced with prosodies ranging from honesty to dishonesty. These melodies have been created based on perceptual representations of the speakers tested in the study. NVG

Can music help us get rid of our negative emotions?

Since the pandemic, the French have gained weight, the Chinese are walking less and Hungarians are sleeping more

TOPICS: Communication, honesty, lying, prosody, Voice
Read Next
From Seoul to Dubai, some of the world’s initiatives for cutting food waste
EDITORS' PICK
Ahead of ONE: Full Blast II, Mongkolpetch warns Elias Mahmoudi: ‘Watch out for my fists’
Liza Soberano’s ‘Trese’ stint defended by voice actor Inka Magnaye
Synology NAS: A photo storage and multimedia server for your home
Palace: Duterte to announce new quarantine classifications; ‘normal’ GCQ likely in NCR Plus
Alex Eala wins Grand Slam on Independence Day: ‘I hope I made my contribution to the country’
3 die, 110 recover from COVID-19 in Aurora province
MOST READ
‘Hindi pwedeng take 2,’ Sotto tells presidential, VP aspirants
Not even found in Tiktik: Another bad word snuck into DepEd materials
Lacson: Kind-hearted Leni ‘in it to win’ presidency in 2022, but…
Sotto, Villanueva react to LGBTIQ+ promise not to give them votes
Don't miss out on the latest news and information.