Truly timeless: How the mullet and 'stache were already hot in the Iron Age | Inquirer Technology
Close
menu
search

Truly timeless: How the mullet and ‘stache were already hot in the Iron Age 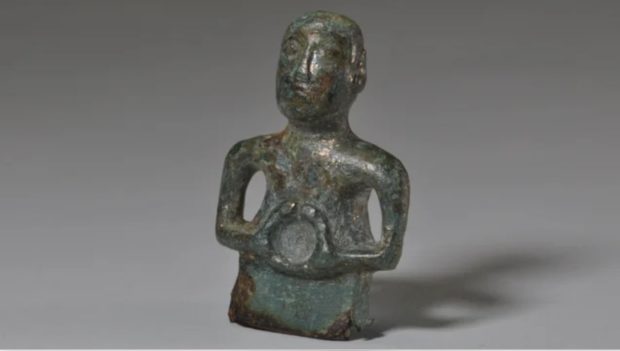 The mullet has supposedly been making a comeback for months, but what if this legendary hairstyle had always been at the cutting edge of fashion? That’s what a small Iron Age figurine seems to suggest, in any case. This 5-cm figure of a deity can be seen sporting a mustache and a mullet, a potentially popular hairstyle at the time, according to archeologists.

Love it or loathe it, the mullet hairstyle has spanned the ages. Although often associated with superstars like Billy Ray Cyrus and David Bowie, this cut may also have been popular in Roman Britain. National Trust archaeologists and colleagues from Oxford Archaeology East came to this conclusion thanks to a copper-alloy figurine made in the 1st century AD discovered in 2018 in Cambridgeshire, a county in the East of England.

The artifact depicts a human figure with oval eyes, a mustache, and a mullet haircut, which the specialists think represents an unknown Celtic deity. The figure is also holding a torc, an open-ended metal neck ring popular in Celtic times and associated with status. Such details reinforce the archeologists’ thinking that the figurine probably served as a decorative handle of a spatula.

“This figure is an exceptional find and thanks to careful conservation and cleaning, we can now see some remarkable detail. His hairstyle and mustache are clear, which might be indicative of current trends or perhaps ‘typical’ for depictions of this particular deity,” explains Shannon Hogan, National Trust Archaeologist for the East of England. “We have extremely limited knowledge of what ordinary people of England at that time looked like, so this beautifully detailed figure might just be giving us a tantalizing glimpse into their appearance, or how they imagined their gods.”

This figurine was discovered on the National Trust’s Wimpole Estate, together with 300 other metal objects including coins, cosmetic implements, brooches, and Roman military uniform fittings. These artifacts bear witness to the different uses of land on the site over the centuries… as well as the mullet haircut’s longevity through the ages. NVG