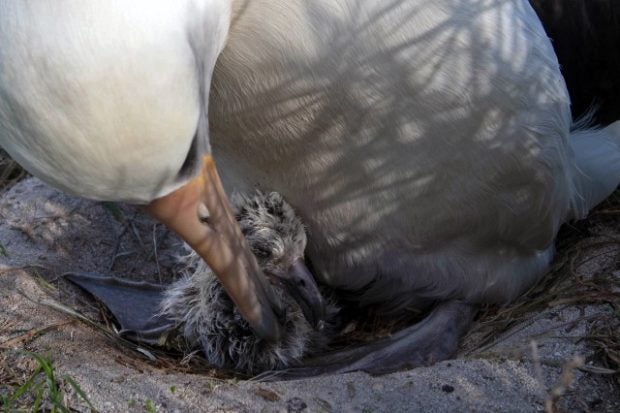 An albatross named Wisdom, who is believed to be at least 70 years old, hatched a chick in February.

She is the world’s oldest known, banded wild bird, according to the US Fish and Wildlife Service (USFWS) Pacific Islands.

The chick was hatched at the Midway Atoll wildlife refuge, which is located on an island in the Pacific Ocean. Wisdom has been hatching and raising chicks with her mate, Akeakamai, since 2012. 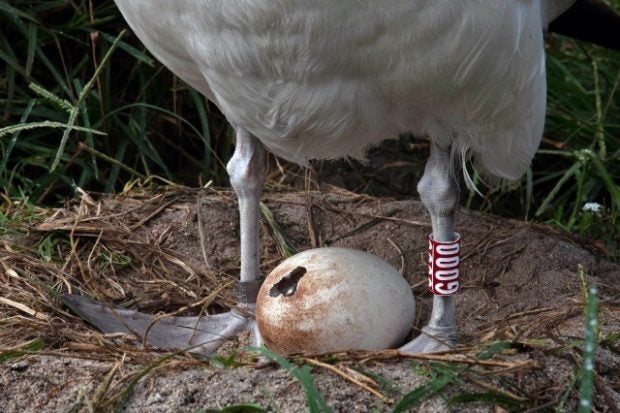 Wisdom’s chick pipping. Pipping is when a young bird begins to crack the shell of the egg when hatching. Image: Jon Brack/Friends of Midway Atoll National Wildlife Refuge

“At least 70 years old, we believe Wisdom has had other mates,” said USFWS biologist Dr. Beth Flint. “Though albatross mate for life, they may find new partners if necessary—for example if they outlive their first mate.”

Wisdom could have hatched at least 30 chicks or so in her lifetime. Albatrosses do not lay eggs every year and when they do, it is only one egg.

Wisdom is believed to have laid the egg in November. The incubation period of an albatross egg is 65 days.

“Albatross parents share incubation duties and once the chick hatches, share feeding duties. Parents feed their chicks a diet rich in fish eggs and squid by regurgitating the food they forage while at sea into the waiting mouths of their hungry chicks,” USFWS said in a statement. “Chicks fledge, fly for the first time, in the months of June and July.”

Besides albatrosses, the island has 20 other bird species and is home to about three million birds.  /ra

Yellow penguin snapped by wildlife photographer: ‘How lucky could I be!’