Woman trying to get pregnant finds out she was born a man, is intersex | Inquirer Technology
Close
menu
search

Woman trying to get pregnant finds out she was born a man, is intersex 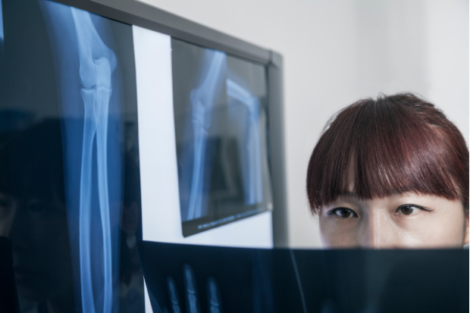 An ankle X-ray helped a woman discover that she was born a man. INQUIRER.net stock photo

One woman in China discovered she was born a man and is intersex after she went to the hospital for her injured ankle.

The 25-year-old woman, whose identity was protected under the name Pingping, discovered that her sex was not what she thought it was after a doctor looked into an X-ray of her ankle, the South China Morning Post reported on Friday, March 12.

The X-ray revealed that her bones had not developed since puberty, and upon probing of a doctor, Pingping said she had never gotten her period.

She said that her mom did take her to a doctor when she was younger because of her lack of menstruation, but they were just told that she might have been slower in terms of her sexual development.

“After I grew up, I found this issue quite embarrassing so I didn’t treat it seriously,” she told her doctor, as per report.

Despite having no menstruation, Pingping did not question her sex because of her external female genitalia, the First Affiliated Hospital of College of Medicine, Zhejiang University said in a statement on WeChat.

Pingping also consulted an endocrinologist, Dr. Dong Fenqin, about not being able to get pregnant for a year with her husband. She asked if it was related to her bone age and not having a period.

After taking a genetic test, Pingping found out that she had the karyotype 46, XY, a pattern commonly found in males with genitalia that is neither male nor female. Dong, her doctor, said she has no uterus or ovaries and has no male genitalia or Adam’s apple.

This karyotype points to Pingping being intersex. Intersex is an umbrella term for conditions where an individual’s reproductive or sexual anatomy does not fall into the typical definitions of male or female, according to the Intersex Society of North America.

“We didn’t find hidden testes in her body, either. Maybe that’s because she’s old enough and it has degenerated and atrophied,” the doctor added.

Another test showed that she had high blood pressure and low blood potassium, which are symptoms of congenital adrenal hyperplasia (CAH), a genetic disorder that can lead to a sexual development disorder. Having CAH could be because her parents were closely related, doctors said.

Although her blood pressure and potassium levels are back to normal, Pingping has yet to decide on her gender, according to the hospital.

“It takes a long time to rebuild the social role and reconstruct the family and it’s going to be a painstaking process, where psychological intervention is necessary,” Hu Shaohua, deputy director of the hospital’s mental health center, said in the report. “But Pingping has not asked for help from us so far.”

He also said the family “lacked sexual knowledge” and should have been going for checkups. Niña V. Guno/JB