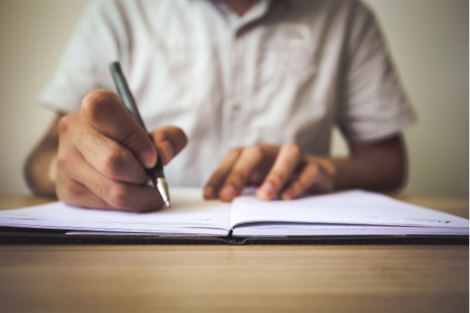 Physically writing in notebooks engages the brain more actively than using smartphones or tablets, according to a team from the University of Tokyo in Japan.

People showed higher brain activity when remembering about schedules they wrote down on paper than those who used their electronic devices, as per Jiji Press via The Japan Times on March 28.

In the researchers’ experiment, 48 people aged 18 to 29 were divided into three groups: users of notebooks, users of tablet terminals with special pens, and users of smartphones.

The participants, who recorded on their notebooks and devices their two-month schedules, were asked to answer a set of questions about these an hour later while undergoing functional magnetic resonance imaging examinations, according to the report.

The users of paper notebooks had parts of their brains related to memory and language show more activity than those who used the gadgets, although they had little differences in correct answer rates, according to the report.

“This is probably because there are more things impressed on memory, such as the places where letters were written and sensations of touch,” one of the researchers, University of Tokyo professor Kuniyoshi Sakai, was quoted as saying.

Sakai explained that “notebooks are more useful for thinking and generating creative ideas,” while electronic devices “are not bulky and are convenient for searches and other purposes.”

Their study, published in Frontiers in Behavioral Neuroscience international journal, was done in collaboration with members from the NTT Data Institute of Management Consulting Inc. It was conducted in a joint research program with JMA Management Center Inc., the report said. Ian Biong /ra